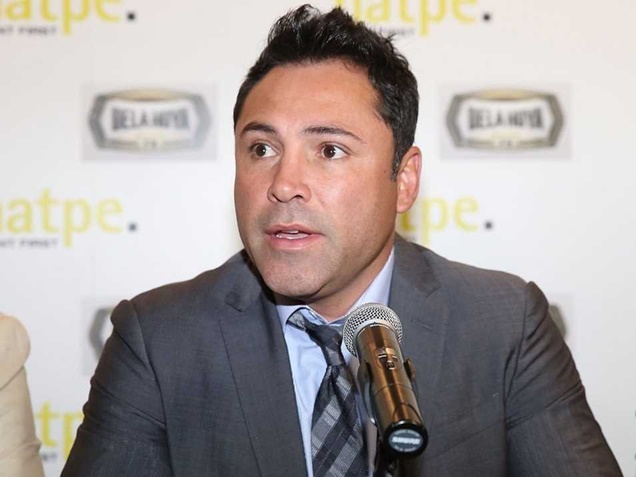 Despite Mexico’s thirst for Saul Alvarez aka Canelo to fight WBC middleweight champion Julio Cesar Chavez Jr., negotiation haven’t started yet. At this point its all rumor. On the flip side of this, Chavez Jr. is claiming that he has been offered a fight by Golden Boy Promotions.

Does this mean Oscar De La Hoya is trying to keep this under wraps?

As it stands, De La Hoya assures fans that Canelo will be fighting someone in May, they just haven’t revealed who. Maybe it is Chavez Jr., but if that is the case, could Julio Cesar Chavez Jr. be jumping the gun?

We all know that Canelo needs a big name contender to draw the crowd and Chavez Jr. is that boxer. If he continues to fight obscure boxers like Liam Smith or Amir Khan, a flawed welterweight, he will not draw the PPV buys on HBO. Canelo is at a crossroads in his career and if he doesn’t up the anti.

Here is what De La Hoya said to Fighthype.com in regards to a Canelo vs. Chavez Jr. fight:

“There’s rumors going around [about negotiations starting for a Canelo vs. Chavez Jr. fight], and I haven’t talked about anything to anybody,” said De La Hoya. “Those are rumors and speculations. We need to get Canelo’s hand healed up, and we’ll start negotiations very soon. There’s definitely a fight in May [for Canelo], but who, I have no idea. It was a minor injury, nothing major. He just wanted some time to heal, and he’s all good.”

What do you think about a fight between Canelo vs. Chavez Jr. fight?

Chelsea vs. Fiorentina live stream: Time, TV schedule and how to...