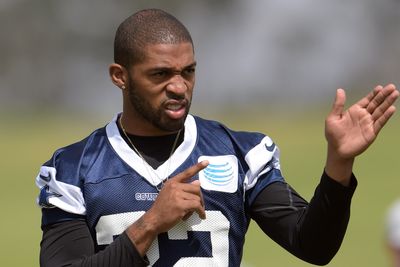 The Cowboys’ top corner will undergo an MRI on his knee to assess the full extent of the injury.

The Dallas Cowboys faced a big blow to their secondary when cornerback Orlando Scandrick went down during Tuesday’s practice with a right knee injury. The Cowboys fear it’s a torn ACL and Scandrick will undergo an MRI to determine the severity of the injury, according to Ian Rapoport of NFL Network.

The eight-year veteran was hoping to build on a career with the Cowboys that includes 322 combined tackles, 9.5 sacks and seven interceptions. The team had faith in Scandrick’s performance ahead of the 2015 season and signed him to a contract extension in May that keeps him in Dallas through 2019. The extension added one year and $9.5 million.

If Scandrick is out with an ACL injury, it would be the latest in a string of losses for the league. Most recently, Packers receiver Jordy Nelson tore his ACL in a preseason game against the Steelers and will now miss the whole season.

#Cowboys DB Orlando Scandrick carted off the field with an injury. Looked like a knee. @BlueStarBlog pic.twitter.com/1JvYGfsnUz

His teammates were also visibly upset after the injury. Quarterback Tony Romo, who had a pass picked off earlier in practice by Scandrick, sent him well wishes:

Sending prayers out to Orlando Scandrick…Fear he has a torn acl. Your the best bud.

All the dbs on one knee saying a prayer for Scandrick

Losing Scandrick, the team’s No. 1 corner, for any amount of time is bad news for the Cowboys’ defense. Currently, second-year player Tyler Patmon is listed as his backup on the depth chart.

Kevyn De La Cruz - January 28, 2017
0
When it comes to Cuban native, Yasiel Puig, the Los Angeles Dodger right fielder is one of the most unpredictable players of 2017. Read why...