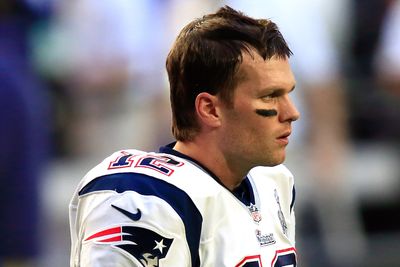 Brady and the NFLPA will likely take the case to federal court.

NFL commissioner Roger Goodell has denied Tom Brady’s appeal of a four-game suspension for his role in the Patriots’ DeflateGate scandal, the NFL announced Tuesday. The commissioner, who was arbitrator in Brady’s June 23 appeal, determined that the Patriots quarterback did not surface new information to overturn his original ruling.

In its statement, the NFL said that Brady had his cell phone destroyed, and evidence along with it:

“On or shortly before March 6, the day that Tom Brady met with independent investigator Ted Wells and his colleagues, Brady directed that the cell phone he had used for the prior four months be destroyed. He did so even though he was aware that the investigators had requested access to text messages and other electronic information that had been stored on that phone. During the four months that the cell phone was in use, Brady had exchanged nearly 10,000 text messages, none of which can now be retrieved from that device. The destruction of the cell phone was not disclosed until June 18, almost four months after the investigators had first sought electronic information from Brady.”

At least, that’s what Goodell said was needed to move the needle in Brady’s favor prior to the appeal: new information. Goodell maintained that he would be more than willing to reduce or eliminate Brady’s suspension if the quarterback provided information that wasn’t already covered in the Ted Wells report, specifically information that Brady refused to provide initially like his phone records.

Goodell’s outright dismissal of the appeal is somewhat surprising after “a very compelling case” was presented by Brady’s lawyers on June 23. The Wells report has been under fire since it was released for only suggesting it was likely Brady knew about the intentional deflation of footballs ahead of the 2015 AFC Championship, with no conclusive evidence.

More than once, the NFLPA suggested the Wells report began with a conclusion and was conducted in support of that conclusion. The Wells report will be the focus of attack if Brady decides to take his appeal one step further into the court of law, which will almost certainly be the next step. Brady would have a strong case in federal court, too. Last year, a federal court overturned the NFL’s suspension of Adrian Peterson after it had been upheld by a third party arbitrator.

The fact that Goodell was the arbitrator in Brady’s appeal may also bode well for the quarterback. His suspension was based on a report paid for by the NFL and an appeal heard by the NFL’s commissioner. The NFLPA requested that Goodell recuse himself from the appeal, but he refused to back down. Perhaps as a result, we likely haven’t heard the last of DeflateGate.

LatinoAthlete Staff - August 2, 2015
0
Bethe Correia learned the hard way at UFC 190 that what goes around comes around. At the pre-fight staredown, Correia did her best to intimidate Ronda...