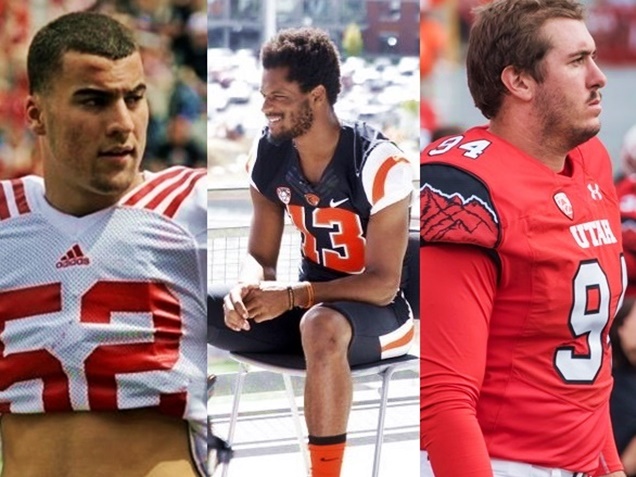 The NFL Draft may have come and gone but teams continue to add rookies to their rosters. The NFL has signed 6 NFL Latino Rookies / college prospects as undrafted free agents!

Out of all of the talent that was signed this week, six Latinos Rookies were among these players that are being given an outside chance to make an NFL roster in September. Now many of these players are just extra bodies for summer mini-camps, training camp, and the preseason. But there are some teams who have a need at certain positions and one of these players could be the guy to fill those positions.

Are you ready to find out who the following Hispanic players are?

Latino Rookies: Who are the lucky 6 who received NFL contracts this week? 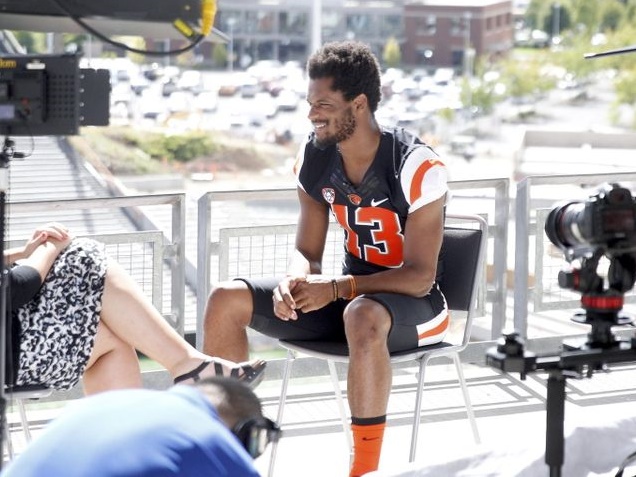 The California native was a junior college transfer who became a two-year starter on special teams for the Beavers. During the 2015 and 2016 seasons he played in 24 combined games and racked up six total special teams tackles. Ryan Navarro was signed by the Oakland Raiders this week to give competition to 11-year veteran Jon Condo. If Navarro can make the roster, he’ll be snapping for Sebastian Janikowski (who’s perhaps the greatest kicker in Raiders history) and punter Marquette King (who’s been compared to Hall of Famer Ray Guy). 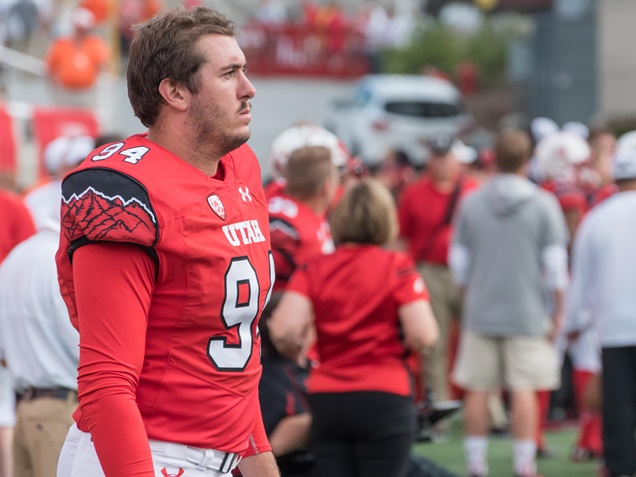 Dependable and durable are two words that describe this special teamer who’s built more like a linebacker (6-foot-5, 240 pounds). He started all four years that he wore the Utes’ uniform and played a total of 559 snaps (both punts and kicks). He also played in every game from 2013 to 2016 (51 total). Chase Dominguez was signed by the New Orleans Saints who currently don’t have a long snapper on their roster. From the outside looking in, Dominguez may have found himself the perfect opportunity to make an NFL roster. 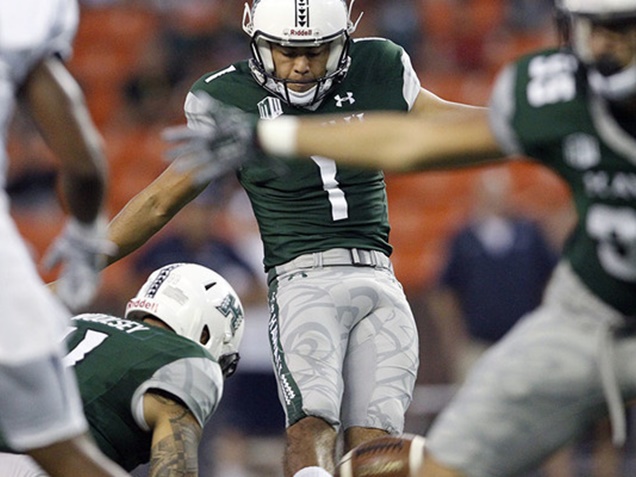 Kicks and punts are chores in themselves, but having a player who can do both is special. And special is exactly what Rigoberto Sanchez was to the Rainbow Warriors football program during the past two seasons. He booted 144 punts for 6,457 total yards and averaged 44.8 yards per attempt. He also made 21-of-24 field goals, and 72-of-74 extra points for 135 total points. The Indianapolis Colts didn’t allow the time zone difference to keep them from scouting the 190-pounder as they signed him this week.

Now the Colts still have Adam Vinatieri on the roster and his kicking job is secure. But the team parted ways with punter Pat McAfee earlier this offseason, so Sanchez will give them depth at the position. 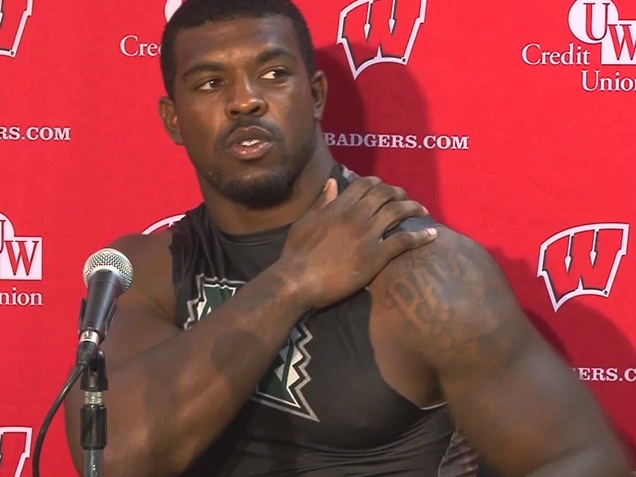 Football is in this young man’s blood. The son of 90’s linebacker Jerrol Williams (his mother is Hispanic), Jerrol Garcia-Williams is ready to follow in his fathers footsteps. The Nevada-born linebacker was fortunate to play five seasons in Honolulu and in that time he racked up 222 total tackles, 12 1/2 combined tackles for loss and 3 1/2 career sacks. In the NFL you can never have enough linebackers, especially during the grind of training camp. Perhaps that’s why the Denver Broncos decided to take a chance on him.

The Broncos defense is built on the strength of it’s linebackers (I.E. Von Miller) so depth is extremely important. Jerrol is one of the Latino Rookies signed to the NFL after the 2017 draft. 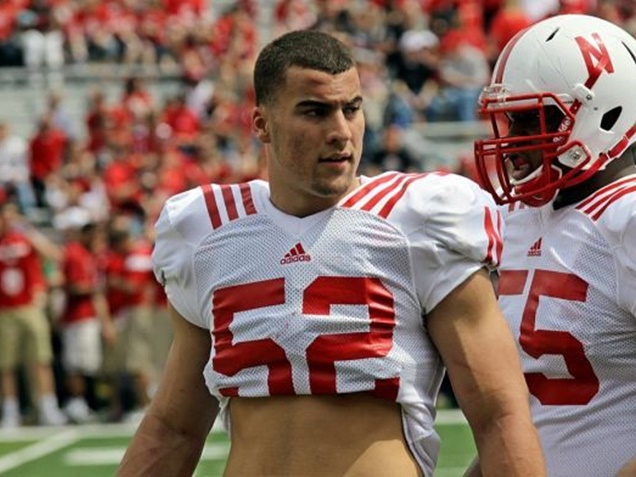 When you consider the abundance of defensive talent from the Big Ten Conference that was selected during last week’s NFL Draft, it’s slightly understandable how this Cornhusker fell under the radar. Josh Banderas has always been an underrated player but he’s always had the talent. For four seasons (2013-2016) Banderas led the famed “Blackshirts” on the field in Lincoln, Nebraska each Saturday. His 126 career tackles, 17 1/2 career tackles for loss, 2 1/2 career sacks and three career pass deflections came against some of the best offenses in the country.

Banderas will join Garcia-Williams in Denver and add to that team’s linebacking depth. 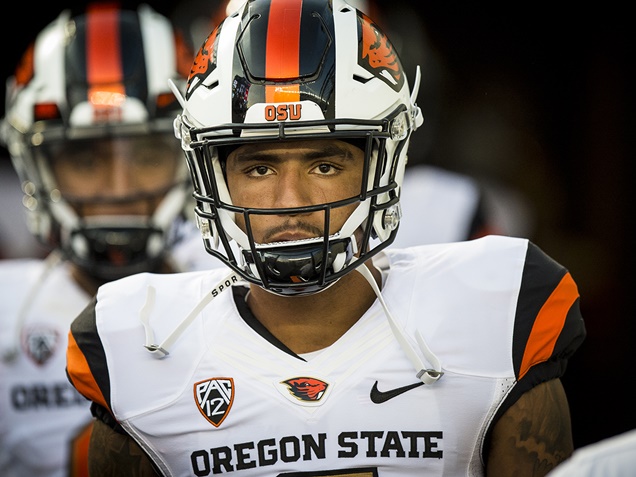 Ricky Ortiz is listed as a fullback but he’s also lined up at tight end and even took some snaps at linebacker while wearing his Beavers jersey. In three seasons Ortiz caught 17 passes for 124 yards and a touchdown, returned one punt for seven yards, and had 47 career tackles. As a fullback he was mostly used for blocking and receiving. In any event, the Baltimore Ravens are giving this young man his chance to shine.

At the end of last season, the Ravens were foolish enough to let Pro Bowler and All-Pro fullback Kyle Juszczyk go to the San Francisco 49ers. But considering Juszczyk is more known for his receiving and blocking than his running, Ortiz could fill the void that he leaves behind.

It’ll be exciting to see these Latino Rookies will do in the 2017/18 season.

What do you think of these Latino Rookies joining the NFL?

LatinoAthlete Staff - June 23, 2015
0
Woke up this morning & decided to head out to DC. Posted up outside of the homeless shelter with my brothers &...