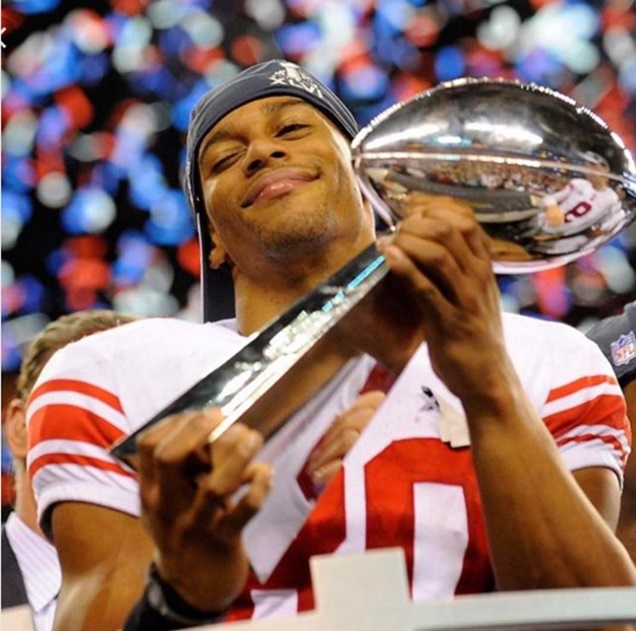 It was said this might happen and now the predictions have become true New York Giants released wide receiver Victor Cruz.

Read and get more details on Victor Cruz being let go…

LatinoAthlete.com just got word that the New York Giants have decided to release Victor Cruz to create a significant salary-cap space for the NFL draft.

Goodbye Victor Cruz! The Giants obviously have some major plans this year. Plus it was bound to happen since Victor Cruz, is now an undrafted free agent.

Victor Cruz, 30, said as part of a statement released by the team:

“I pretty much grew up in front of the eyes of this entire organization. The Giants fan base, the community, my hometown, my family. I grew up there. It’s very much a family atmosphere and it’s very much like leaving your family. That’s what it feels like. I did some great things there.”

With the release of Cruz, the New York frees up $7.5 million in cap space with his release.
Giants general manager Jerry Reese described Cruz as:

He was “one of the great stories in the National Football League.”

Back in 2011 and 2012, Cruz burst onto the scene with back-to-back 1,000-yard seasons. He was a major factor for the Giants in Super Bowl XLVI, leading the team to victory. Unfortunately, Cruz has struggled since 2014 to regain his form after suffering a torn patellar tendon.

“No long paragraph for all to read, just simply THANK YOU! To the @nygiants organization and to the amazing fans that have watched me grow up in front of their eyes. THANK YOU!!”

Giants running back Rashad Jennings was also cut by the team alongside Cruz, on Monday. Jennings said in the statement:

“It’s an honor to play here, playing for a team that has so much history, a team that falls under great leadership and high character.”

LatinoAthlete Staff - June 13, 2013
0
Alex Rodriguez may be the one responsible for Anthony Bosch's cooperation with Major League Baseball. According to the New York Daily News, the founder of...