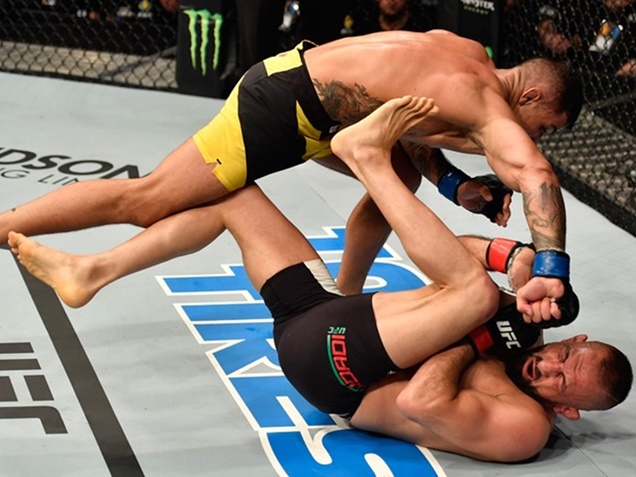 Joaquim Netto BJJ Silva may have won the fight against Reza Madadi on Sunday’s UFC Sweden preliminary card, but that was not enough.

The Brazilian MMA fighter, Netto BJJ had a tough fight against the Swedish-born Iranian, but he was dissatisfied with his performance. Read on to see what he said about the fight…

LatinoAthlete.com has learned that Netto BJJ had this to say about fighting Reza Madadi, but he was not satisfied with his performance in the triumph.

Netto BJJ had this to say to Combate:

“The win against Reza Madadi on Sunday’s UFC Sweden preliminary card was not enough to leave Joaquim “Netto BJJ” Silva, completely happy. The Brazilian had a tough fight against the Swedish-born Iranian, but the fact of not clearing the opponent before the end of the third round left the Brazilian dissatisfied with his performance.
– I expected a lot more from my performance. In Thai Evolution we train to knock or finish, it is the philosophy of the teacher André Dida, of our school, where we train very hard…

…I won, but I was not satisfied with my performance. He wanted the knockout or the finalization. It was a tough fight for both sides. Madadi has a very solid wrestling game. I watched his fights, and he put all the opponents down. He got great drops, some I could not defend. Then I heard Dida’s direction to move her hip, and I killed his game. I was able to put some hard blows in the second round, but he also succeeded in his strategy, putting me down and “tying.”

Before the fight the tension between Joaquim Netto BJJ Silva and Reza Madadi was thick and had reached a high level of hostility.

After the fight, that was a whole other story since, Netto BJJ was unimpressed. 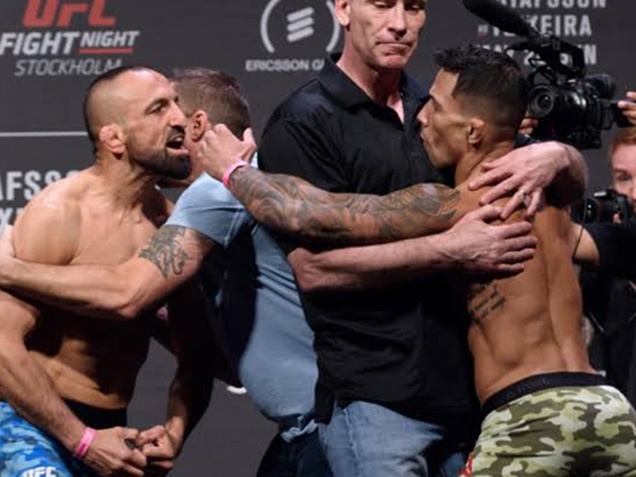 “I was getting into the weigh-in and he started cursing me. At the time, I got really angry, I wanted to get in the hand with him. After the weigh-in, I saw that it was just his show, because it did not touch me, it did not do anything. He was teasing me to make me angry and make that show in the face. We talked at the end of the fight. He’s a cool guy, you can see that he’s not a scrotum. What he did was promote the fight to sell which consequently helped me. We donated in the fight, for three rounds, with total respect. Madadi has a name and makes a show. After he did that at the weigh-in, it was a much-anticipated fight in Sweden, the reporters were talking about it in the interviews.”

The Undefeated and former participant of TUF Brazil fighter, Netto BJJ hopes to return soon to the octagon. In fact he already has a fighter in mind. He wants to fight veteran fighter Diego Sanchez.

Netto BJJ revealed that Sanchez was his next opponent he wants to fight in the octagon:

“A guy I’ve seen fighting several and I like the style, it’s Diego Sanchez. I really want to get in hand with him. We could sign a fight that only stood up to see who would fall first … It would be three rounds of kicking. It has a name in the organization, it’s been there for a while, it has a really cool style. I wanted three rounds of kicks to see who is the most macho on fight day.”

He concluded by saying:

“I want to get in his hand”