In the MLB its all about getting on base by any means necessary, but this is different, Nelson Cruz tried to talk his way out of a HBP. Huh?

LatinoAthlete.com is a little dumbfounded by Nelson Cruz, who tried to talk his way out of having to go down to first base after a pitch grazed his body?

When you are playing in the MLB, you normally want to get a hitter. Walk, base hit, hit-by-pitch, or any number of other methods to make it to first.

Nelson Cruz wasn’t trying to do any of that. Instead, the Seattle Mariners Dominican right fielder felt that he didn’t have to do that.

Why did he feel that way?

Apparently the pitch grazed his body, so in the sixth inning of the Mariners’ 6-4 win over the Twins, Nelson decline to go to first.

What was this, “whose on first’?

The Seattle Mariners right fielder tried to put some Dominican magic on by arguing with Greg Gibson against the HBP.

See, a pitch from Buddy Boshers lightly scraped his elbow guard, so Cruz felt it was only right that he stays in the box to have another chance to hit the ball.

He was heard saying to Gibson:

“Can I just stay in the box and try to hit instead?”

Like all of know, Nelson was told no way no how, and he was walked to first base after being hit by the ball.

Hey we don’t make the rules, but Cruz knew he had to walk. But we have to say that is was a nice try to try and stay. LOL 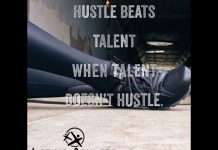 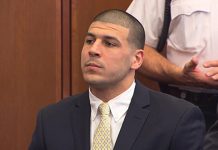 Video of the day

The Beaten Path: 5 MMA Prospects to Watch in July

LatinoAthlete Staff - July 1, 2015
0
Another month of MMA, another month of high-end prospects plying their craft in hopes of grabbing the attention of a major MMA organization. Between Titan...