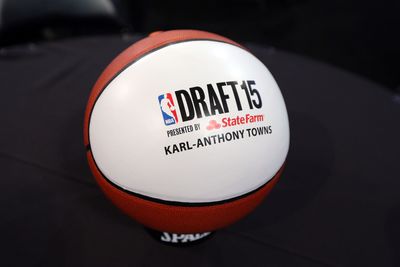 The 2015 NBA Draft is here, with the league’s next stars hearing their names called at The Barclays Center in Brooklyn. The Minnesota Timberwolves hold the No. 1 overall pick, to team with last year’s No. 1 overall pick Andrew Wiggins, who was acquired from the Cleveland Cavaliers in the August trade for power forward Kevin Love.

The Los Angeles Lakers pick second overall, their highest pick since drafting James Worthy No. 1 in 1982. There are several rumors in play with the Lakers, whether they will keep their pick, D`Angelo Russell from Ohio State, or will they trade him as part of the deal to acquire a star like DeMarcus Cousins from the Sacramento Kings?

The Philadelphia 76ers, winners of 18 games in the 2014-2015 season, pick third, one of a whopping six picks held by Philadelphia in this draft, including five picks in the second round. The Los Angeles Clippers are the only team without a draft pick on Thursday.

There are plenty of rumors flying fast and furious around the draft, but no matter the order, we will see 60 players get drafted by NBA teams on Thursday night, so be sure to follow along all night with our live draft tracker.

Here are all 60 picks in the NBA Draft.