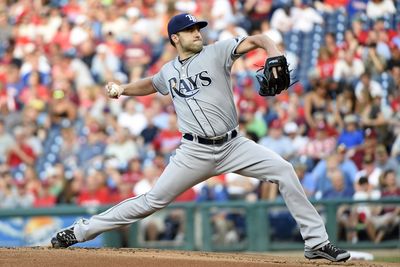 Your browser does not support iframes.

In fact, the home run by Karns was the first hit by an AL pitcher in over four years, since July 3, 2011, when Zach Britton homered for the Baltimore Orioles against the Atlanta Braves.

It was the first major league hit for Karns, who was 0-for-5 with three strikeouts and three sacrifice bunts in his career entering Tuesday.

Rays pitchers were 0-for-14 with eight strikeouts and two sacrifice bunts this season before Karns went deep to center field.

It was also the first run home run allowed by Nola, the highly touted prospect making his major league debut for the Phillies.

Chris Sale To The Red Sox, God Damn It

Manuel Frias - December 6, 2016
0
Ken Rosenthal is all over the HOT FUCKING STOVE, knocking down pots and pans and dropping his bowtie in the deep fryer. The soup...