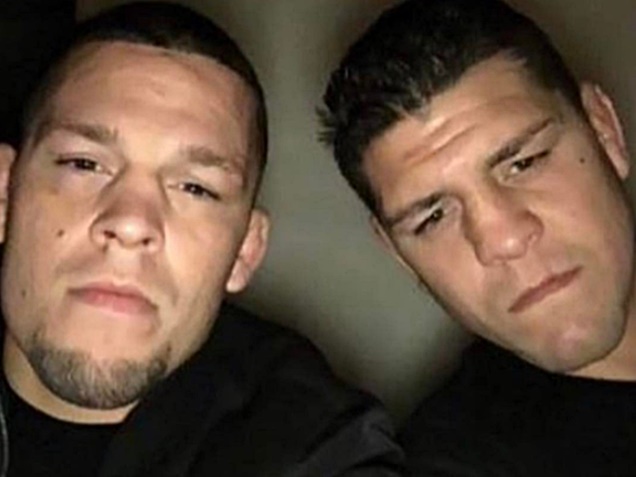 Enough is enough when it comes to Nate Diaz holding out for a Conor McGregor rematch. He’s over it, now that the Mayweather vs McGregor fight is actually happening.

Get the latest from Nate Diaz, who says that he is no longer waiting around for a Conor McGregor rematch. Read on…

LatinoAthlete.com has learned first hand via Nate Diaz was hoping that the third time would be his charm, but guess not.

Nate Diaz, was hoping to get his rematch with the Irish superstar has once again been throw to the waste side since it was announced that Floyd Mayweather and Conor McGregor will be facing off in the square ring.

Nate was spotted out in LA Wednesday night, so TMZ cameras had to ask him who will he fight if he gets back in the Octagon.

Diaz wanted to complete his trilogy with McGregor, but now he is no longer holding out for the third battle.

Why Nate Diaz is Weighing in:

He does? Really? We thought that he’d been blowing off UFC’s Dana White, and all the offers he had been thrown?

Though, we get it, a McGregor vs. Diaz rematch would be huge, especially since the first two fights were epic. Plus, Nate would undoubtedly cash in on a massive paycheck. Unfortunately, that is not the case at the moment.

Conor is expected to cash in with $100 million, which is no small take. As for, Nate, Dana White has said he’s reached out to both Nate and his brother Nick to book fights, but the brothers haven’t signed any contracts.

If you recall, Nate said he was not interested in fake titles!

In fact, we previously told you that White was not sure either guy will ever fight in the UFC again.

We guess that might change now that McGregor will be fight Mayweather. Hey when Conor loses, that would be a perfect time for Diaz to swoop in and get his rematch.