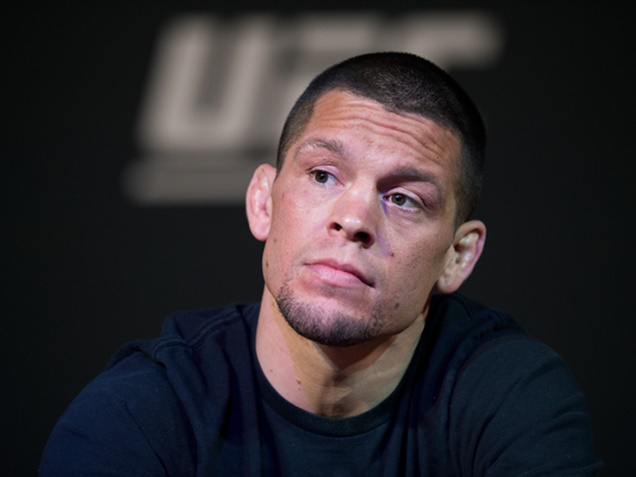 Obviously, Nate Diaz is not like any other MMA fighter because he just put UFC President Dana White in his place and has no regrets about it!

LatinoAthlete.com has just received word that the 32-year-old Nate Diaz was reportedly offered a lightweight championship bout against the No. 2 ranked Tony Ferguson at UFC 213.

Basically, Nate Diaz knows his worth!

Sounds like a good fight for Nate Diaz, right? WRONG, Diaz turned it down because he doesn’t want to cut weight or fight for a ‘fake’, interim belt.

“If you’re trying to pull me out of a normal life right now, I’m not doing it for a fake title at 155 pounds. I told them I’d take the fight at 165 pounds, no belt. I’m not interested in losing a bunch of weight for no reason.”

Not only that, Diaz made mega money in last year’s blockbuster rematch against Conor McGregor, banking $2 million at UFC 202. The fight that White is speaking of is nowhere near that amount, so he’s out!

Basically, Diaz, he never got to financial negotiations with the UFC and is annoyed about being asked to pull out of his normal life to fight for a worthless title.

Here is what Nate had to say:

“We never talked after that. It’s really not a problem for me, though. You’re trying to call me out of my life. I didn’t call you begging for a fight. I’m fine with taking a fight, but I’m telling you what it’s going to take.”

LatinoAthlete Staff - June 9, 2015
0
England again failed to beat France on the big stage as Mark Sampson&apos;s side suffered a 1-0 defeat in their Women&apos;s World Cup opener...