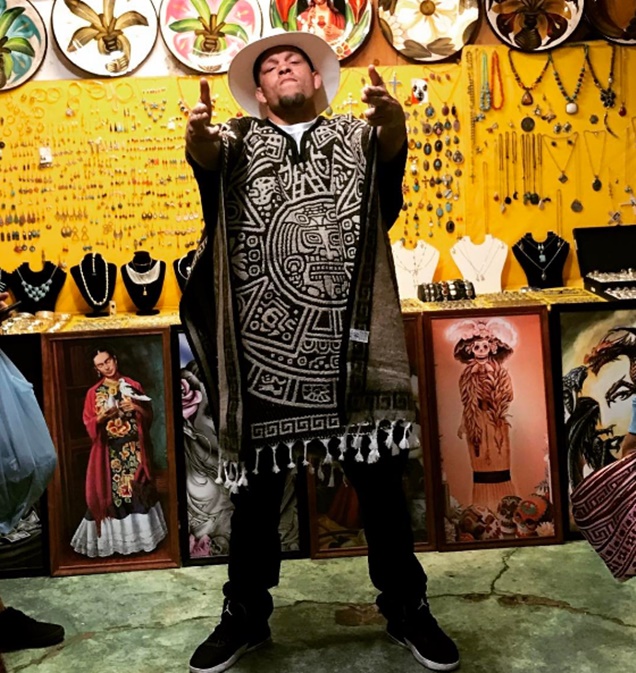 When it comes to UFC’s Eddie Alvarez fight offer, Nate Diaz isn’t hearing any of it! Diaz weighed in saying, “I’m just like pshht. Eddie Alvarez had his chance!”

Nate Diaz just doesn’t “give a f—ck” about fighting Eddie Alvarez! Read on why…

LatinoAthlete.com has just go word that Eddie Alvarez has no chance in convincing the Stockton native.

The 32-year-old, Nate Diaz, blasted the UFC in a series of interviews, turning his nose up to fight Tony Ferguson for the interim ‘fake’ lightweight title. And now he’s slammed a possible Eddie Alvarez.

Diaz just ripped Eddie Alvarez apart when the UFC tried to offer him a fight against former 155-pound champion. The reason why, is that he is refusing to fight a man who got “melted” by Conor McGregor at UFC 205.

Diaz brought up a prior moment when he and Alvarez, 33, had an altercation in Mexico City. The Cesar Gracie Jiu-Jitsu black belt says Alvarez had his chance at UFC 188 in Mexico City, claiming that a real fighter would have been willing to throw down in the heat of the moment.

“I’m just like pshht. Eddie Alvarez had his chance. Remember when I seen him in Mexico and I called him out? I was like I want to fight him the next day.”

He went on to say this to Alvarez:

He adds that just the thought of fighting him in 2017 is laughable. Diaz tolf Ariel Helwani on The MMA Hour:

“They texted me about the Eddie Alvarez fight.”

The Californian hasn’t fought since the welterweight rematch and seems happy to sit on the sidelines until the UFC offers him a worthy opponent.

LatinoAthlete Staff - June 16, 2015
0
Waiting out contract extensions can be an emotional roller coaster for fans. Once the deal is done, how do you know if...