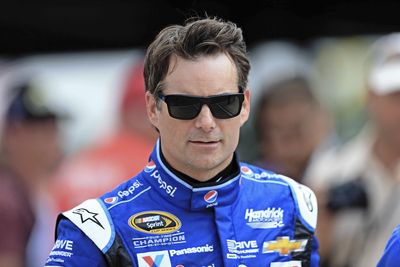 There’s little drama who’s going to make the Chase, as the 16 participants appear locked in with two races left in the regular season.

A week off before the final two weeks of the regular season seemingly only adds to the intrigue of who qualifies for the Chase for the Sprint Cup and who misses NASCAR’s playoffs altogether.

The drama becomes muted, though, with a glance at the current standings. With 11 winners through 24 races this season the five remaining spots will go to those ranked highest in the standings, currently held by Jamie McMurray, Ryan Newman, Paul Menard, Jeff Gordon and Clint Bowyer, who holds the last position by a 35-point advantage.

Meaning, unless a new winner emerges or a driver currently within the top 16 posts consecutive catastrophic finishes, the field is virtually set regardless of what occurs Sunday at Darlington Raceway or the following weekend at Richmond International Raceway. A scenario alleviating some of the pressure facing the five winless drivers as they attempt to solidify their provisional playoff spots.

To secure what would be a first-ever Chase berth, Menard understands the reality of his situation. He is 19 points clear of Bowyer and 54 points ahead of Aric Almirola, the first out driver outside the Chase cutoff and just needs to race smart at Darlington and Richmond and employ a conservative game plan the next two weeks.

“No, we’re not comfortable, but we feel good about our cars, we know how we need to race in order to survive and get the points,” Menard said Friday at Road America. “We probably won’t be that aggressive to get a race win. We’re just going to try and manage our points and do what we can there.”

Since Darlington is a challenging track that often chews up cars, Menard concedes his No. 27 car will inevitably have several scraps with the wall. The key is ensuring the damage doesn’t become significant.

“You have to run right near the fence and you’re going to hit the fence at some point,” Menard said. “It’s just a matter of minimizing damage and not cutting down a tire.”

While Gordon, Menard and others don’t have to concern themselves with winning, those on the wrong side of the Chase cutline can’t enjoy that luxury.

Almirola made the Chase a year ago on the strength of a rain-aided victory in the July race at Daytona International Speedway. This season the Richard Petty Motorsports Fords have had little speed, forcing Almirola to grind every week with just one top 10 to show for his efforts.

If Almirola is to make the Chase again it’s likely not because he won, but due to capitalizing on others misfortune.

“We can’t do anything different,” Almirola said. “The only thing we can do is just continue to bring the fastest racecars to the racetrack that we can.