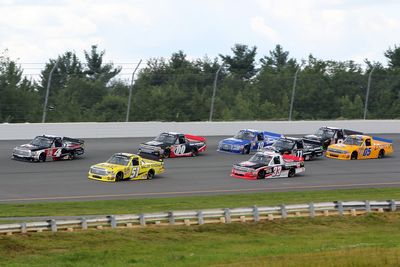 All eyes are on the red-hot Kyle Busch heading into the 2015 Windows 10 400 at Pocono Raceway on Sunday in Long Pond, Penn. Busch will try for a fourth straight victory, and starts in pole position.

Busch is in first position thanks to a Friday qualifying speed of 178.416 mph, tops among the 43 competitors. Busch won in Kentucky, he won in New Hampshire and he won at The Brickyard in the last three weeks. He has won four of his last five races, and is looking for his first win at Pocono.

Points leader Kevin Harvick, who has finished third in each of the last two weeks, starts in second position. Dale Earnhardt, Jr., who won at Pocono in 2014, starts 15th on Sunday.

NBCSN will provide pre-race coverage at 1 p.m. and race coverage at 1:30 p.m., with the green flag at 1:48 p.m. Rick Allen will call the race alongside analysts Jeff Burton and Steve Letarte, with pit reporters Kelli Stavast, Dave Burns, Mike Massaro and Rutledge Wood.

LatinoAthlete Staff - July 28, 2015
0
Not all was well with the Yankees in their 6-2 win. The New York Yankees continued their surprisingly solid season with a...