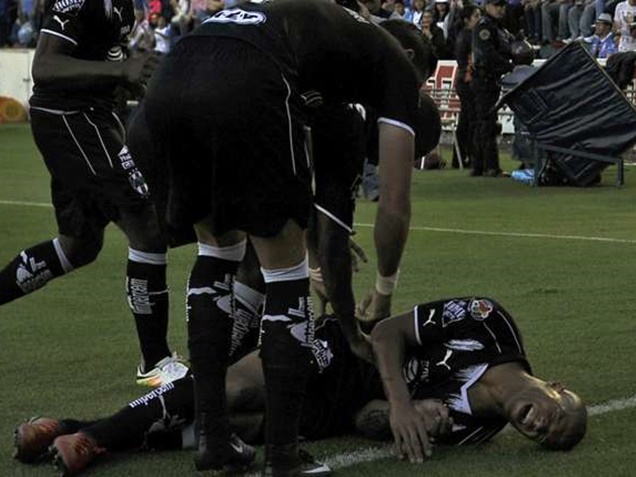 Monterrey winger Carlos Sanchez, 32, suffered a terrible injury while putting in a goal. He is now out for a month Rayados announced Tuesday!

Read more on Carlos Sanchez and what happened on the field…

How did it happen?

Carlos Sanchez was determined to make a goal bursting through Cruz Azul to score in the 40th minute mark during Monterrey’s 2-2 draw with La Maquina. Sanchez attained his mission, but was unable to feel victorious since he suffered a hamstring tear. Carlos ended up hobbling off the field on one leg but couldn’t make the journey to the sideline, eventually falling to the ground.

On Tuesday, Rayados announced Carlos Sanchez suffered a tear in the muscle. He is now benched for the next four weeks to recover from the injury. This will give the Colombian attacking midfielder, Edwin Cardona a chance to return to the starting lineup. Cardona is known for his powerful shot helping Monterrey to finish atop the league in the Clausura 2016. He unfortunately fell out with coach Antonio Mohamed in the Apertura. The fallout put him on the bench. He hasn’t started since August 2016, so this could be his redemption.

Monterrey forward Aldo de Nigris is also out on the bench recovering for the new two weeks. He is suffering from swelling caused by fluid accumulation in his right leg.

Monterrey has started the season undefeated with a win and two draws. The team returns to action Wednesday with a Copa MX match in Juarez.