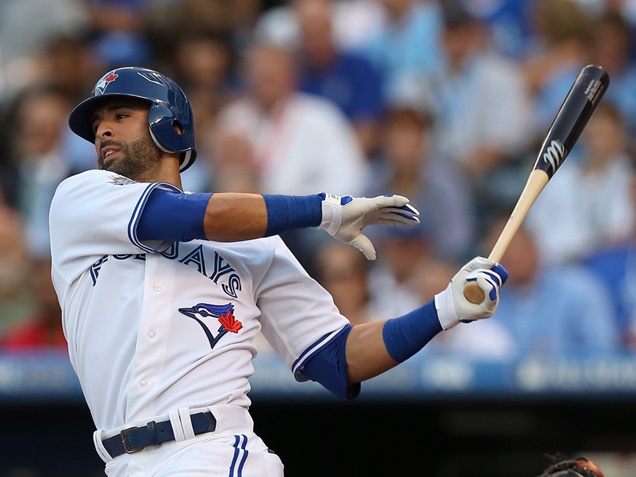 We previously told you that we had 4 reasons why the 36-year-old slugger, Jose Bautista, remains a near-perfect fit for the Phillies. Well it appears the Minnesota Twins have contacted Bautista’s agent!

LatinoAthlete.com has new word that the Minnesota Twins have reached out to the agent of free agent slugger Jose Bautista this winter.

According to Rhett Bollinger of MLB.com, during the Minnesota Twins’ continue to shock with a bizarro offseason. Especially with the news of possibly signing Jose Bautista.

While many think that 36-year-old Bautista has been struggling against an icy response from the Phillies. The veteran slugger may see a warmer reception by the Minnesota Twins. The only thing is that Bautista may be forced to settle for a shorter-term deal.

The Twins have definitely had a strange last few weeks thanks to their “will they or won’t they?” dance regarding the potential trade of Brian Dozier. Not to mention, the team gave a decent-sized chunk of free agent money to former All-Star catcher Jason Castro. If that is the case what will they offer right fielder/slugger Jose Bautista?

Things are still up in the air, and we’re NOT sure is Bautista will doing back-flips to join a MLB team that lost 103 games last season. However, if this is his only opportunity to continue playing in the MLB, then we may see him wearing his best Navy, Scarlet Red, Kasota gold and white uniform.

LatinoAthlete Staff - July 11, 2015
0
Willie Cauley-Stein's immense defensive potential was a big reason the Kings used the No. 6 pick on the Kentucky product. It took...