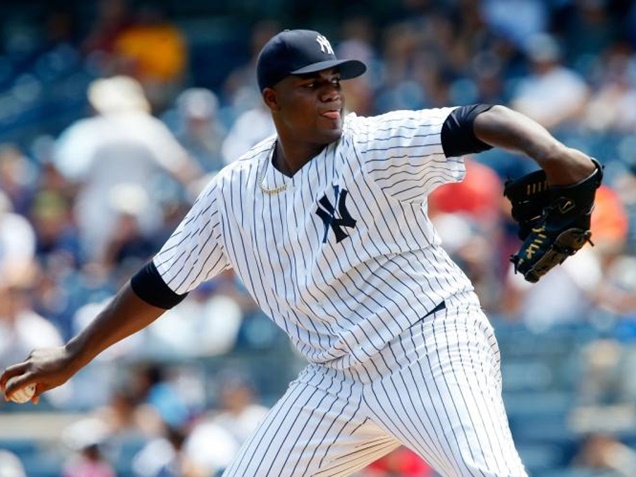 Things are not looking good for New York Yankees starter Michael Pineda, he is currently suffering from a torn UCL.

What does this mean for Michael Pineda? Read on and get the details…

LatinoAthlete.com has got word that Michael Pineda is needing Tommy John surgery unless a second opinion yields more positive news.

Michael Pineda has continued to show flashes of brilliance during his five-year career is now 8-4 with a 4.39 ERA and 1.287 WHIP. He has struggled.

Pineda has continued to contribute to the Yankees, but his surprising success is currently getting derailed by the news of surgery. The teams youthful roster is performing far above expectations. The team has continued to be in target with Boston, while currently holding a Wild Card spot. But with Pineda possibly needing surgery the club is at a crossroad.

The flexor muscle strain and partial tear in the UCL ligament could not have come at a worse time for Pineda. He is coming up on his scheduled free agent status for the first time in his career this offseason.

This is not what the Dominican MLB player needs going into being a free agent because it can determine if a team will pick him up or not. Not only that, it will also put a dent in a possible contract allowing a team to pick him up for less.

Pineda had fought back from a serious shoulder injury, suffered in 2012 during his first spring with the Yankees.. The 28-year-old righthander pitcher came back, but it took two years.

LatinoAthlete Staff - August 21, 2015
0
The one-time mixtape phenom is getting ready to make his college decision. Seventh Woods gained national acclaim for his incredible dunking ability at...