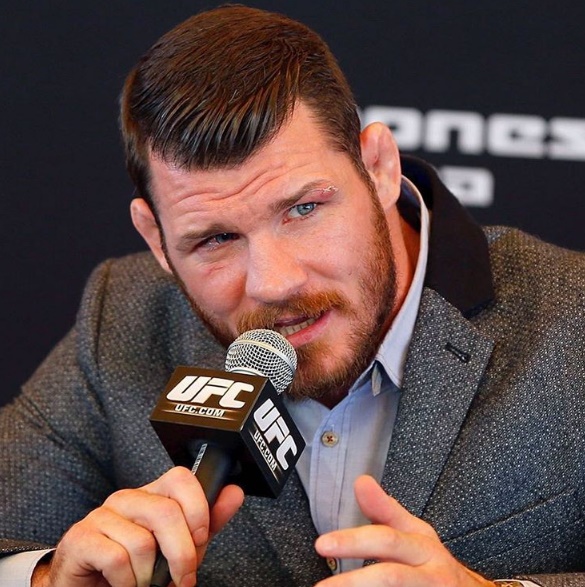 When it comes to UFC middleweight champion Michael Bisping and top contender Yoel Romero, there’s no love lost between these two MMA fighters.

See why Michael Bisping is branding Yoel Romero a ‘Hypocrite’…

LatinoAthlete.com has just got word that Michael “The Count” Bisping decided to verbally spar with Romero, continuing their impressive bashing on each other. See, the Cuban Olympian fighter has been frustrated since UFC booked the English MMA fighter against the longtime welterweight champion (and middleweight debutant) St-Pierre rather than him.

Bisping is expected to face former welterweight champion Georges St-Pierre at some point this year, but like we said that hasn’t stopped him from attacking the #1 middleweight contender Yoel Romero. Mind you, “The Count” isn’t letting Romero slide branding him a “hypocrite” for criticizing his decision to fight GSP. Especially, after Yoel himself has designs on a bout with “Jacare” Silva.

Not only that Michael Bisping brought up the issue of Luke Rockhold’s complaints in a heated statement:

“THERE’S BEEN A LOT OF TALK ABOUT INTERIM TITLES LATELY, MAINLY FROM THE TWO BIGGEST CRYBABIES IN THE DIVISION, LUKE ROCKHOLD AND YOEL ROMERO,” BISPING SAID. “LUKE JUST STARTED SPINNING HIS WHEELS, SO WE’LL LEAVE HIM BE UNTIL HE FIGURES OUT WHAT THE HELL HE’S ANGLING FOR. LAST WEEK IT WAS WERDUM, THIS WEEK IT’S WHOMEVER HE CAN PUT OVER FOR AN INTERIM SHOT — I THINK HE’S JUST TURNING UP THE VOLUME TO GET SOME ATTENTION. ROMERO, ON THE OTHER HAND, IS SQUARELY IN MY CROSSHAIRS.”

“ALL HIS BULLSHIT RANTINGS ABOUT ME TAKING THE FIGHT WITH DAN [HENDERSON], AND HE WANTS TO TURN AROUND AND ASK FOR AN INTERIM TITLE — WITH ANDERSON SILVA, NO LESS?? COULD THERE BE A BIGGER HYPOCRITE? I THINK NOT.”

Bisping is clearly feeling the heat. What do you think? Is Bisping right about Yoel?

Farwell Ronda Rousey; Amanda Nunes was NOT a Comeback

Kevyn De La Cruz - January 31, 2017
0
Ronda Rousey long anticipated fight against Amanda Nunes was a straight up let down. She got her ass served on a silver platter or...