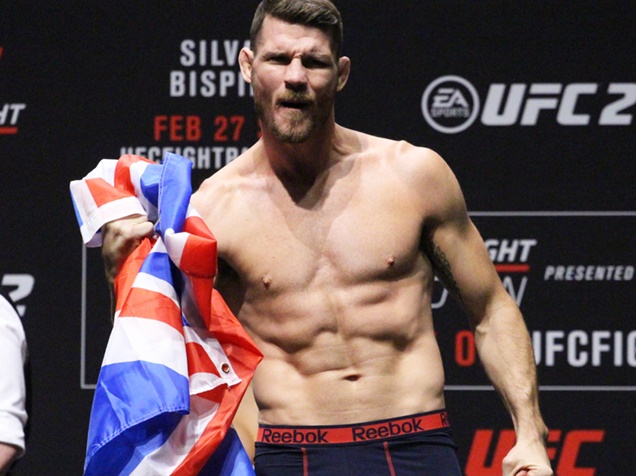 It appears Yoel Romero may get his wish to fight Michael Bisping after all, since Bisping is frustrated with Georges St-Pierre’s unwillingness to commit to a date for their fight.

Flip and get the latest development from Michael Bisping…

LatinoAthlete.com has learned that Yoel Romero, the No. 1-ranked UFC middleweight, may be fast tracked to fight Michael Bisping.

If you recall, Romero was angry with the UFC decision to bypass Romero in favor of a fighter who had never fought at middleweight before. The decision angered many people in the MMA community, throwing fuel on the fire started to go out of control. It was all over a title fight against current champion Michael Bisping.

Well, Yoel Romero frustrations may be over since Michael Bisping has just announced who he will fight next. 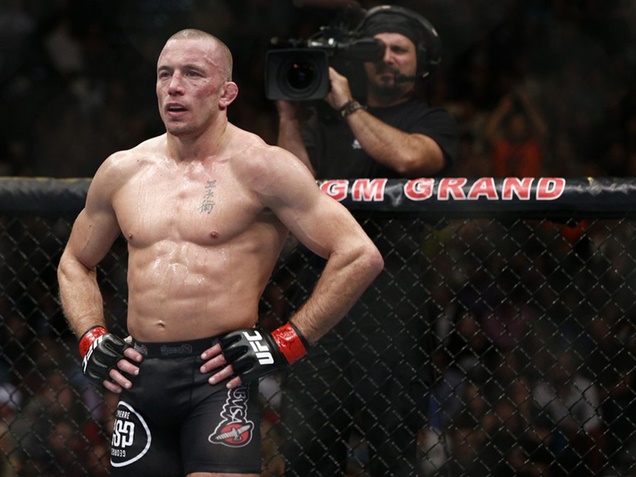 Bisping recently weighed in on his anger with Georges St-Pierre,which opens a door for Yoel!

“July 8, Las Vegas, International Fight Week is the date and the event that we are targeting. But Dana wouldn’t confirm the date at the press conference. But then I saw Dana a couple of weeks later when I was working at FOX and Dana said, ‘Yeah we’re still hoping for July 8.”

“Long story short…I’m just throwing it out there right now, if he wants to wait until September or October, then he can go find himself another opponent, buddy. “

“This fight was discussed in January. A fight camp only takes eight weeks or six weeks. Fighting in September or October is ridiculous. July 8 is the date. I will be a little bit flexible and maybe go past that a little!

“Stop doing your f**king gymnastics, stop doing your BACK-FLIPS and whatever it is and let’s do this, buddy. Come on, sign the paperwork. You want it. You sat there at the press conference. You talked big. You sounded confident so sign the God d**n paperwork. It’s as simple as that.”

Bisping has no problem facing off in the ring against Romero:

He openly admits the St-Pierre fight was purely financially motivated. However, St-Pierre is dragging his feet to commit, so he may be out  of luck and Romeo back in the front of the line.

“If he’s not ready then I guess Yoel Romero gets his title shot.”

“Listen, I’m not afraid of Yoel Romero. If GSP wants to fight, of course, there’s a great story there. . . But, I’m not willing to sit around and he doesn’t get to call the shots. It’s my belt and I’m not some little a**hole waiting in the wings for my title shot. I’ve got the belt and I want to fight. I’m in my prime. I don’t want to sit around for a year. If we don’t fight until September or October, that would be a year and I’m not willing to wait a year for Georges St-Pierre.”

“He doesn’t get to call the shots. And I’m not being a baby about it, if he needs a little extra time, we’ll do that. But you can’t keep me waiting around indefinitely.”

Wow, Georges St-Pierre may be complete out at this point. Romero has to be thrilled. #ALLSMILES

LatinoAthlete Staff - August 23, 2015
0
Jordy Nelson came up limping on a play Sunday and went to the locker room with what one report calls an ACL...