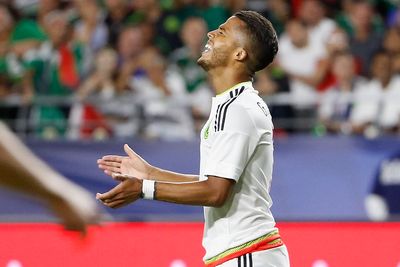 Mexico suffered an embarrassing draw against Guatemala in their last match, but they’re still very much in control of their own fate in Gold Cup. If they beat Trinidad and Tobago on Wednesday, they’ll finish on top of their group — but they have to win.

So far, T&T have been the more impressive of the two teams. They comfortably beat Guatemala, rushing out to an early three-goal lead before eventually winning 3-1. then beat Cuba in their second match. They’re probably happy with just securing a place in the next round, though getting a result here is a huge bonus, since they’d avoid Costa Rica in the quarterfinal.

Mexico played in a 3-5-2 formation throughout Miguel Herrera’s tenure before making a switch to 4-4-2 recently. He might flip back after a couple of poor performances, or at least alter his lineup significantly against Trinidad and Tobago.

LatinoAthlete Staff - July 17, 2015
0
After playing much of their Thursday round before the United States woke up, America's top two talents (and Tiger Woods) will be...