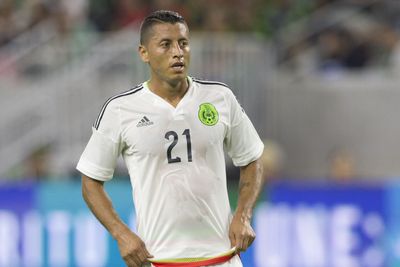 Mexico looked shaky in their two Gold Cup warmup matches, but a thorough dismantling of Cuba in their first group stage match eased the fears of some El Tri supporters. Their second match should have been another walkover on the evidence of Guatemala’s poor performance against Trinidad and Tobago, but Guatemala gave Mexico a fight and ultimately earned a 0-0 draw.

From the start of the match, Guatemala’s objective was clear — keep a clean sheet. They made little attempt to attack and finished the match without a shot on target. But given Mexico’s utter dominance, the talent gap between the two teams and the red card Guatemala’s José Contreras received in the 76th minute, that shouldn’t have mattered much. El Tri should have scored one anyway.

But they were unimpressive, and Guatemala earning a point wasn’t simply down to luck. Goalkeeper Paulo Motta made some good saves, but was only forced into four of them. Mexico took 19 shots, less than half of what they managed against Cuba. Motta’s best save came in the 34th minute, from point-blank range on Andres Guardado — Mexico didn’t force him to make a save after the red card. The closest they came was in the 86th minute, when Hector Herrera hit the crossbar. El Tri had all of the possession, a lot of half-chances and a spectacular long-range shot that hit the woodwork, but Guardado’s opportunity was their one genuine great chance created.

The last time one of Mexico or the United States dropped points in the group stage before clinching first place, then went on to win the tournament was in 2009, when Mexico obliterated a U.S. C-team in the final. That’s the only time it’s happened in the tournament’s current format. Mexico did not win the Gold Cup after dropping points before the group stage was settled in 2005, 2007 or 2013. The USMNT failed to win after dropping points in 2011.

In none of those scenarios did the team in question fail to defeat a team as poor as Guatemala. South Africa, Honduras and Panama have been the sides that have tripped up the big two in the past. Even in the tournament’s previous format, dating back to 1991, neither team has done anything comparable. This is probably the worst result either the U.S. or Mexico has ever posted in this tournament.

3 Fighters Ronda Rousey Must Beat Before She Cleans out the...

LatinoAthlete Staff - August 12, 2015
0
Let's face it, at this point in the game, there are not many challenges left for Ronda Rousey. She has seemingly beat every legitimate...