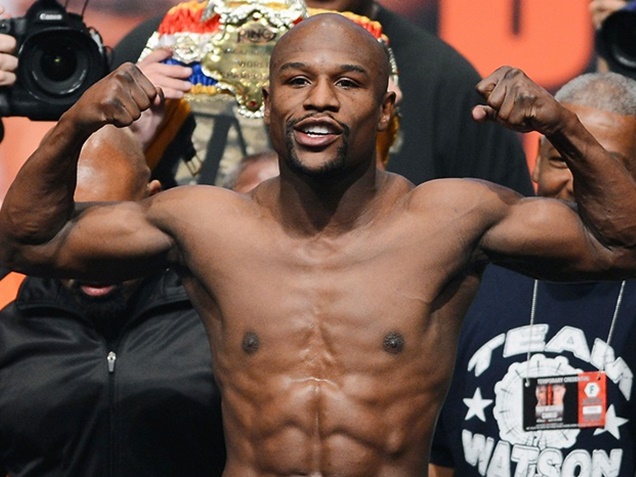 After so much talk about the Floyd Mayweather vs Conor McGregor fight, the two fighter have finally come to terms. Mayweather announced that the fight is on!

The boxing match of the century will be going down between Floyd Mayweather and Conor McGregor on August 26, 2017 in Las Vegas. Read on…

LatinoAthlete.com has learned that Floyd Mayweather and Conor McGregor confirmed that they’ll be meeting in the squared circle and one man will come out victorious.

We have also learned that the fight will be a 12-round contest hosted by the T-Mobile Arena in Las Vegas. It will also be a first of its kind since UFC superstar Conor McGregor will be going up against boxing champion Floyd Mayweather.

The two fighter will have to weigh in at 154 and McGregor is not allowed to use any of his MMA fighting techniques. Conor has to fight like a boxer, not a MMA fighter. Mayweather will be his 50th opponent.

Many already feel that McGregor will not be able to do so and he will lose to Mayweather. #FingerCrossed

“I don’t know what it means for UFC…Conor McGregor is a guy who has done a lot of good things over there for the sport and for this company and he wanted this. And obviously the fans wanted this too… Not only for him, but at the end of the day, my job is to make fights that the fans want to see”

We are putting out bet on Mayweather to win. We want Conor to get his ass beat, sorry to say!

Golden Boy Promotions CEO Oscar De La Hoya has made his voice heard that the crossover fight is a disgrace to boxing. He has been feuding with White over the fight.

LatinoAthlete Staff - September 8, 2015
0
Michigan's Caris LeVert and four other seniors looking to go out on top in college basketball this season. Who says no one...