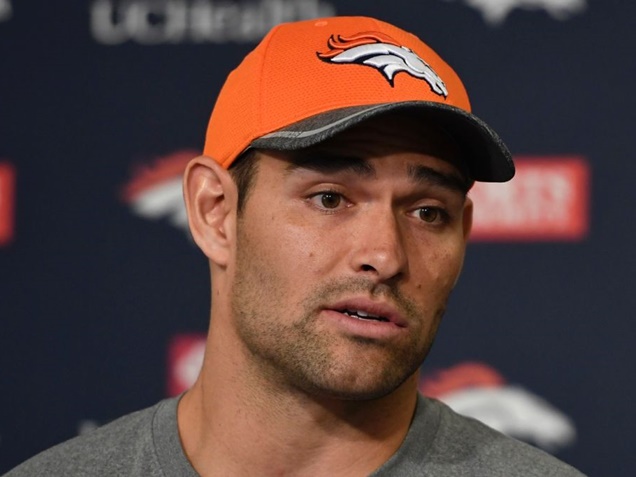 Now that Mark Sanchez is officially on the bench until Chicago Bears training camp, so where does that leave Connor Shaw and Mitch Trubisky?

Get all the details on who will be the Chicago Bears Dak Prescott. Will it be veteran QB Connor Shaw or 2017 draft pick Mitch Trubisky? Read on…

LatinoAthlete.com has the latest development since Mark Sanchez knee injury will have him on the sideline until training camp

Now that it’s confirmed that Sanchez out for the remainder of the Bears’ offseason program, Shaw and Mitch Trubisky are receiving more reps.

Shaw will have a better opportunity to show coaches his skill set. And for the 2017 draft pick, Trubisky was handed the keys to the second-string offense this week.

“I had a little bit of a hike back. But well worth the drive.”

“Instead of the threes, I’m with the twos. So it’s getting the reps, getting comfortable and whoever I’m with, whenever I’m in the huddle, it’s taking command and doing my job.”

Despite, Sanchez not being able to practice, Trubisky praised the example set by the former New York Jets, Philadelphia Eagles and Dallas Cowboys quarterback.

“He’s a smart guy, he’s seen a lot of offenses. So being around, having that playoff experience and knowing what it takes to get back there, he’s taught me a lot about how to carry yourself not just on the field but off the field as well. I like spending time with him.”

Shaw concluded with these thoughts:

“You’ve just got to refocus your mind. You’re got to get back into the routine of things and compete even if I were on a different squad. I’m very fortunate to be here, be a Chicago Bear. But you just go back to second nature when you start playing football.”

2015 NBA mock draft: Jahlil Okafor is too talented for the...

LatinoAthlete Staff - June 22, 2015
0
The NBA draft is rapidly approaching. How do things shape up after Karl-Anthony Towns and Jahlil Okafor go off the board? Since we...