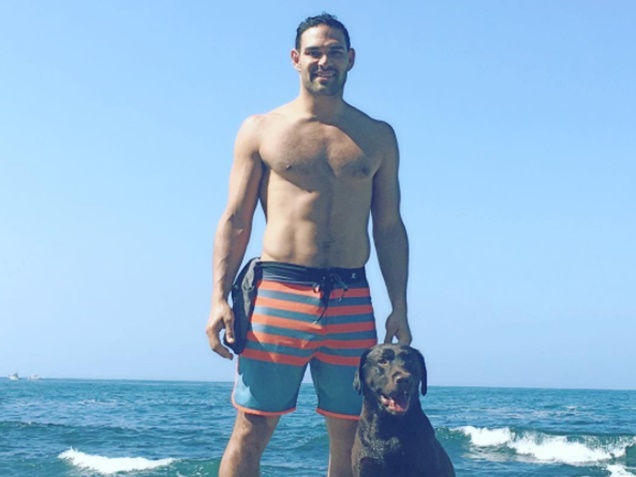 The Chicago Bear had an unfortunate mishap on Tuesday when Chicago Bears QB Mark Sanchez injured his knee putting him on the IR list. He is expected to be out for the remainder of OTAs and minicamp.

It’s an unfortunate mishap for Mark Sanchez, but its a lucky thing for quarterback Connor Shaw. Read on why….

LatinoAthlete.com has learned earlier this week that the Chicago Bears intended to waive quarterback Connor Shaw to make room for Victor Cruz. That all changed when Mark Sanchez suffered an knee injury.

Mark is one of three quarterbacks brought on by Chicago this off-season.

Now, Mark Sanchez is on the IR and out after he suffered a knee injury during organized team activities on Tuesday. Though, it’s being reported that Sanchez should be ready for the start of training camp, per the Chicago Tribune’s Rich Campbell

Ironically, the Bears rescind the waiver request following the injury and have now announced that Shaw will see OTA reps in Sanchez’s absence. In 2016, Shaw missed the entire season with a leg injury, and now this.

Where does this leave the Bears with their QB’s?

Well they have two options since neither Sanchez nor Shaw were supposed to start Week 1. Mike Glennon was expected to be the starter, but Mitchell Trubisky could possibly step in. Maybe this could be his Dak Prescott moment if Snachez is unable to play this season. We will keep you posted.

Consequences! The Bears quarterback saga is like a soap opera.

LatinoAthlete Staff - September 9, 2015
0
<3 Tuesday night at the U.S. Open was an instant classic Venus and Serena match. It was an emotionally charged night for both sisters,...