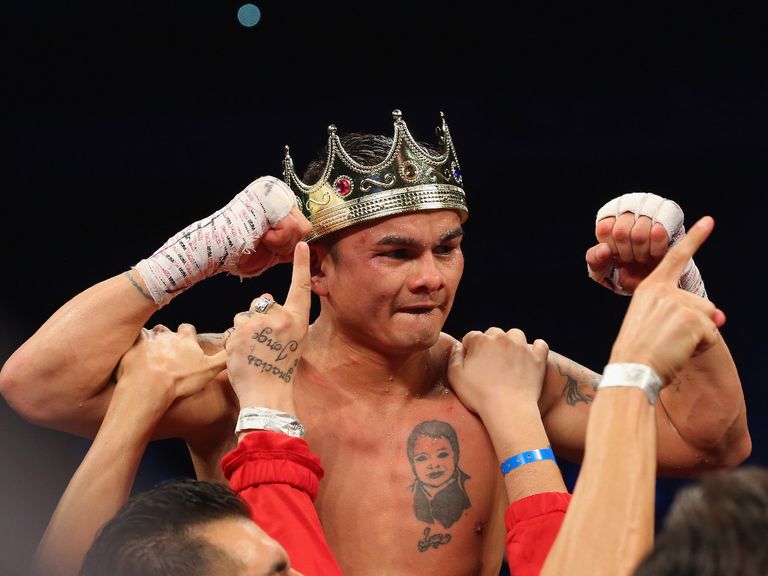 SAN ANTONIO — Marcos Maidana overpowered the heavily favored Adrien Broner to take the WBA welterweight championship, knocking him down twice in a unanimous decision Saturday night at the Alamodome.

The target of heavy trash talk leading up to the fight, Maidana was dominant in handing the brash Broner his first loss in 28 bouts. After the judges’ scores of 115-110, 116-109 and 117-109 were announced in favor of the Argentine star, Broner ran out of the ring.

Broner is nicknamed “The Problem,” but Maidana (35-3) had the answer with power that the three-time world champion had never faced before.

“I’m OK. I’m still the three-time world champion in three different weight classes,” Broner said. “Tonight, Maidana was just the better man, but we fought a hell of a fight. I hope the fans got what they deserved. … I’m still going to live like we won the fight. I’m still going to party.”

Maidana floored Broner in the eighth round with a left to the midsection and an overhand right. After a standing eight count, Broner again went to the canvas after taking a head-butt to the jaw. Amid heavy booing, Broner remained on the canvas and in a corner for about three minutes before returning to action.

In the ninth round, Maidana again stunned Broner, unleashing combination after combination that Broner was struggling to avoid. Broner regained his feet in the 10th round but was only able to exchange blows with Maidana the remainder of the fight.

With the victory, Maidana set up a possible fight against Keith Thurman. On the undercard, Thurman stopped Jesus Soto Karass in the ninth round.