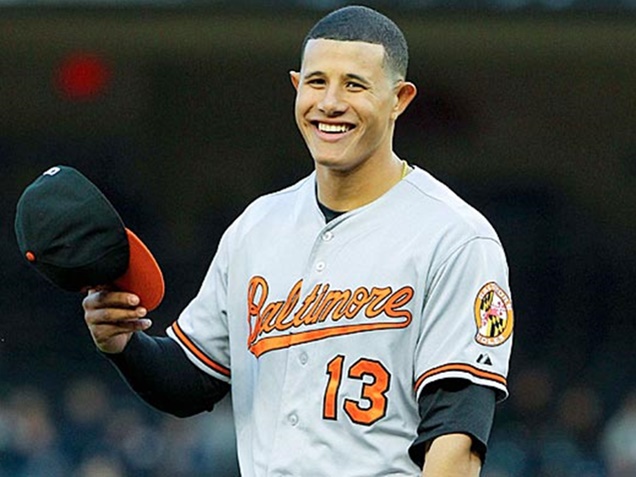 Baltimore Orioles third baseman Manny Machado is question the game of baseball and why fans are not filling the seats like they used to?

LatinoAthlete.com has the latest on the 25-year-old Dominican MLB player who prefers his position on the field as opposed to being in the stands.

Earlier this week, Manny Machado was on hand in Miami for the all-star game as a spectator. Apparently he found watching the game to be rather mundane. Manny was there to support his teammate Jonathan Schoop and several other friends around the league

Here is what Machado had to say about watching the MLB:

“Yeah, it’s a little boring to watch it. I don’t know how people go out there and watch games. Now I know why sometimes people don’t come to games.”

What is sos crazy is hearing a major league baseball player taking shots at the sport in which he is a part of. Machado has joined other MLB players who have also taken shots at the MLB. Washington Nationals outfielder Bryce Harper echoed the same sentiments. Last year, Harper said that he felt that baseball is a “tired sport.”

If that is the case, maybe the organization should cut players salaries and cheapen seats, this way more fans will come to the games. We feel that the ticket prices have become ridiculously high to pay for players. If players feel the sport is slow and slightly boring to watch then maybe they shouldn’t be paid crazy amounts of money. Back in the day, ticket prices were realistic, these days to sit on the lower level or near home plate can run in the high $100’s and that is straight up robbery. That is why fans are paying for the MLB package on cable and Direct TV. It’s cheaper and you can see all the games without the expense.

Chew on that Manny Machado!