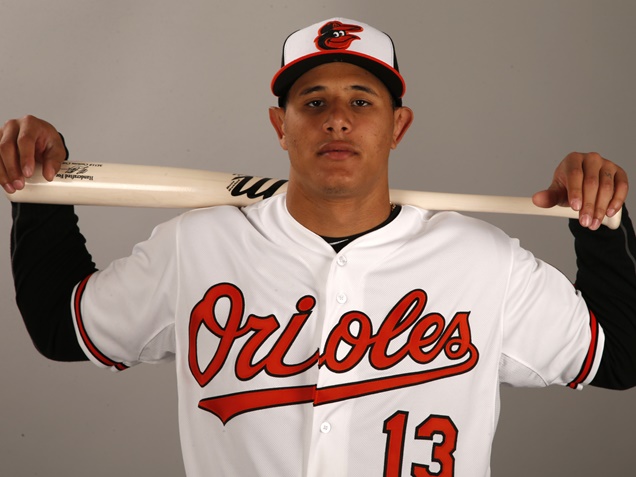 When it comes to Balitmore Orioles third baseman Manny Machado he apparently has nothing good to say about the Boston Red Sox!

Find out why Manny Machado went off on Red Sox Organization…

Word is that Chris Sale threw behind Manny Machado during their game and he felt it was cowardly. He made sure to let the Boston Red Sox aware that he’s lost all respect for their organization.

Manny Machado BLASTED the Red Sox after their 5-2 victory in an epic profanity-laden tirade:

“It’s (expletive) … It’s coward stuff. I mean, that stuff you don’t (expletive) do, but I’m not that side. I’m not in that organization.”

“I’ve lost my respect for that organization, for that coaching staff, for everyone over there.”

The first pitch to Machado by Sales in the first inning was thrown behind him, in retaliation to Orioles pitcher Dylan Bundy hitting Red Sox outfielder Mookie Betts on Monday. Of course, the two teams battle didn’t stop there, Machado retaliated after Red Sox reliever Matt Barnes threw a ball at his head on April 23. Which was another retaliation from an incident where Machado did a hard slide on April 21 into Red Sox second baseman Dustin Pedroia.

Basically, its a lot of back and forth rivialry between Machado and the Red Sox. Bottom line, both men were at fault and Home-plate umpire D.J. Reyburn immediately issued a warning to bench both players, letting them know the next one to throw a purpose pitch would be ejected. Orioles manager Buck Showalter was infuriated the two players disregard for each other.

Machado clarified that his slide was not meant to hurt Dustin Pedroia, who was recently judged for having small hands.

“They’re still thinking the slide that I did when I had no intention of hurting anybody. And I’m still trying to get hit at. Thrown at my F—ing head. F—ing thrown at everywhere. F—ing bull … If you’re going to F—ing hit me, go ahead, F—ing hit me. You know, don’t let F—ing keep lingering around and F—ing around. Keep F—ing trying to hit people. That’s F—ing bull.”

“Manny Machado has every right to flip out on the Red Sox.”

Manny Machado has every right to flip out on the Red Sox. pic.twitter.com/JZcm1BmY1m

Nate Diaz Not Interested in Fighting for ‘Fake Titles’

Contributor - May 10, 2017
0
Obviously, Nate Diaz is not like any other MMA fighter because he just put UFC President Dana White in his place and has no...