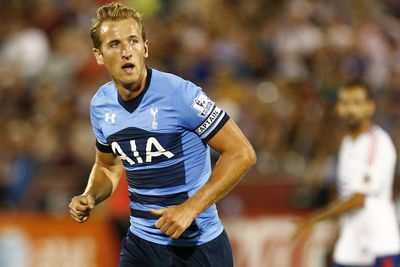 The Premier League season gets underway with a clash of top-five teams.

The first match of the Premier League season is finally here! Manchester United and Tottenham Hotspur are going to get the season rolling in style, with a match at Old Trafford that should leave us all entertained and wanting more.

Will Manchester United turn Old Trafford into an invincible fortress again? Will Tottenham finally stop being “the team that sold Gareth Bale” and take that long-sought step forward? Can Wayne Rooney return to his once-dominant form now that he’s “the man” in Manchester’s attack again? Can Harry Kane avoid a sophomore slump in his second EPL season?

These are all questions that will take a season to answer, but on Saturday, in a battle between two talented sides, we’ll definitely start getting a look at the shape those answers will take. In the meantime, it’s hard to think of a better way to start the year.

Manchester United’s premier new signing, Depay has a lot of potential to bring new flash and quality to their attack. He might not start Saturday, but if he does start or come off the bench early enough, we could get an excellent look at how well he’s gelling with his new teammates, and what kind of role Louis van Gaal will be asking him to play.

Probably the best young striker in England, and certainly the best young English striker around, Kane is going to be the danger man any time he steps on the pitch. Athletic, strong, aggressive and skilled, he’s hard to contain — meaning Jones will have his hands full trying to keep him at bay. Jones has the skills to get the job done, but has also suffered through stretches of inconsistency during his career, so United fans will be hoping he’s having a good day.

The big news is van Gaal’s decision to leave de Gea out of his side for this match. He is Manchester United’s best goalkeeper, but near-constant transfer speculation has apparently left him unsettled to a degree that van Gaal doesn’t trust him to start in goal. That’s going to throw new signing Sergio Ramos straight into the fires, though fitness concerns will keep another new signing in Schweinsteiger on the sidelines.

UFC 190 Results: What We Learned from Stefan Struve vs. Antonio...

LatinoAthlete Staff - August 2, 2015
0
Antonio Rodrigo Nogueira entered UFC 190 fighting for a storybook ending to his legendary career. He didn't get it. For most of the fight, his...