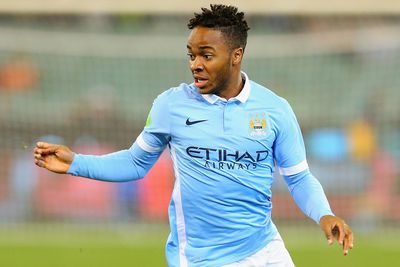 Manchester City will be looking to win their second consecutive ICC game when they take on Real Madrid on Friday.

As far as pre-season friendlies go, Manchester City versus Real Madrid sounds like a pretty tasty one. The two European giants face off at the Melbourne Cricket Ground on Friday, with preparations for the new season ramping up in both camps. These sides have both already played Roma in the International Champions Cup, with City winning on penalties and Madrid losing on them. This should be another close encounter.

Neither side have been too busy in the transfer market so far, though City new boy Raheem Sterling netted against Roma. His new teammate Fabian Delph is poised to make his City debut in this match, while youngsters Patrick Roberts and Enes Ünal could also be involved after arriving from Fulham and Bursaspor, respectively. For Real Madrid, keep an eye on former Porto right-back Danilo, while it remains to be seen if former Espanyol goalkeeper Kiko Casilla will make his debut.

City have a number of interesting prospects that could be involved in this match — not the least is Patrick Roberts, who joins from Fulham with a reputation as one of the most talented young Englishmen in the game. However, you should also keep an eye on Kelechi Iheanacho, with the 18-year-old Nigerian having scored in the win over Roma. In 2013 he was named by the African football federation as the Most Promising Talent of the Year, and he’s looking to take his first team chance with both hands.

Globetrotting wonderkid Martin Ødegaard was so highly regarded that he was effectively treated as a guest of honor at a number of top European clubs before eventually signing on the dotted line in Madrid. The 16-year-old Norwegian started as Real Madrid’s central attacking midfielder in their eventual defeat to Roma, and will probably be involved in some capacity in this game, too. He’s got some convincing to do if he’s going to be a part of the Merengues‘ first team this season.

Compared to other friendlies, is this worth my time?

Two giant teams and a handful of interesting prospects. It’s certainly not a bad-looking game. 7/10.

Mark Cuban is the president in ‘Sharknado 3’

LatinoAthlete Staff - July 23, 2015
0
Get it? Because he's a Maverick. Update: And here he is, handing out medals and attacking sharks. RT if you're proud of Fin for...