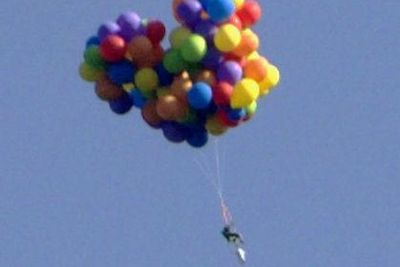 ICYMI: Police want to talk to the balloon man who was spotted above the Stampede. http://t.co/0AOEc5tbyr #yyc pic.twitter.com/bxXbMuKN2b

Daniel Boria had a simple dream. He just wanted to promote his line of cleaning products. Sure, he COULD have taken his product to trade shows and state fairs, perhaps he could have pitched it to QVC — but no. He was thinking bigger, and higher. Boria strapped himself to a lawn chair full of balloons and voyaged across the Calgary skyline. Now he’s in trouble, according to CBC News.

The lawn chair pilot, who says he’s a skydiver, intended to parachute himself into the Calgary Stampede.

There might be more than one Daniel Boria online trying to sell his own cleaning products, but this video from May could be the man himself.

LatinoAthlete Staff - July 16, 2015
0
The season of previewing is not upon us just yet, but the season of reviewing the state of each conference most certainly...