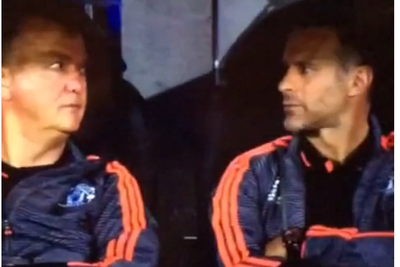 The Manchester United coach is a master of the scary look.

It was a successful Wednesday night for Manchester United, as they easily advanced past Club Brugge to return to the Champions League group stage. But way more interesting than the one sided match was Louis van Gaal providing another Louis van Gaal moment by giving the crazy eyes to assistant coach Ryan Giggs.

It is so hilarious to see Giggs not say a word and shake off before Van Gaal stopped his stare.

A Louis van Gaal stare can be very funny and very intimidating at the same time. And with the number of bizarre moments he has had throughout the years, this is just light work for Louie V.

Contributor - April 25, 2017
0
Toronto Maple Leafs 19-year-old hockey player Auston Matthews is taking some much needed time off to get some rest and relaxation following a rookie...