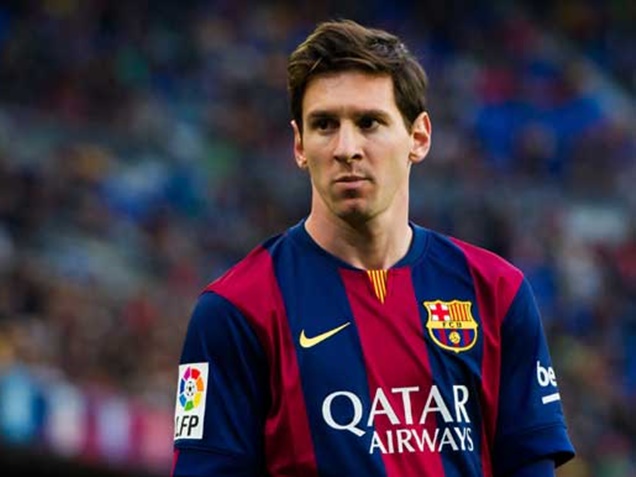 FIFA Slapped Lionel Messi with a 4 game suspension and a whooping $10,000 dollar fine for a “directing insulting words” at a ref during a match last week!

Flip and get the details on Lionel Messi…

LatinoAthlete.com has the latest drama with Lionel Messi, who got himself into trouble when he insulted a referee.

What happened on the field?

Word is, Lionel Messi got into with a referee during the Argentina vs. Chile match on March 23. Messi was furious with the calls he received so he exploded and unleashed his feelings on the ref.

The ref was not pleased with his behavior, so FIFA did what they needed to so. SUSPENSION!

Here is how it went down for the FC Barcelona player. FIFA’s disciplinary committee investigated Messi’s actions, They found him guilty on Tuesday morning, which followed the announcement of his suspension and fine.

Now, Messi will be out for the teams match on Tuesday Argentina vs. Bolivia. What really sucks is that Lionel’s remaining suspension will be served during Argentina’s World Cup qualifying matches. The Barcelona star will missing Tuesday night’s game in La Paz is not sitting well with the head of state.

“I do not agree with the punishment handed out to Argentina. I know something about football, Messi was the man fouled. My solidarity with the best footballer in the world.”

What do you think about FIFA suspending Lionel Messi?