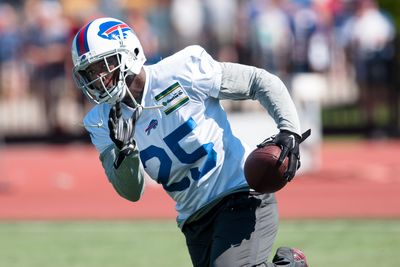 McCoy limped off the practice field on Tuesday and will get his hamstring looked at.

The Buffalo Bills acquired running back LeSean McCoy during the offseason as part of a trade with the Philadelphia Eagles. On Tuesday, just weeks ahead of the regular season, McCoy went down during a joint practice with the Cleveland Browns.

Last season, McCoy rushed for 1,319 yards on 312 carries but only scored five rushing touchdowns. The seven-year veteran was looking forward to having a heavy load again in Buffalo. He was also eager to make Philadelphia regret putting him on the trading block.

Now the Bills will have to look to seasoned vet Fred Jackson to carry the load in the meantime. Jackson is very capable of taking McCoy’s spot in the interim, coming off a season with 141 rushing attempts for 525 yards and two touchdowns.

LatinoAthlete Staff - July 9, 2015
0
The Spurs continue to make moves, this time filling out their guard depth. The San Antonio Spurs agreed to trade a future second-round...