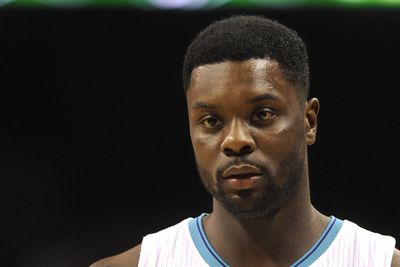 Lance Stephenson may not have had what you’d call a great year with the Charlotte Hornets. Ok fine, he didn’t have a good season, period.

All that could be about to change though with his new team, the Los Angeles Clippers. Naturally, Stephenson wants to fit in and do well and what better way is there than through the art of music?

To be fair, Stephenson AKA “Born Ready” can rap, so he penned a wee track as an ode to his new city, and it’s something, we need to all come together and enjoy it.

Let us go through some of his rhymes:

Ok, well that doesn’t REALLY rhyme and they aren’t legally his brothers, but it’s a lovely gesture to start off with.

Started from the bottom promised I would never switch

Well now that’s just plain plagiarism from Drake. Oh, and he DID switch, has he already forgotten the Pacers trade? This is not very factual at all.

I’m just tryin’ be the best baller I can be

Ahh, that’s more like it! Positive thinking is a good start!

Ok, seems we are going off track now but we all gotta eat and who can’t resist waffles!

Either way, it looks like the fans are enjoying it:

@SLAMonline if Lance and Lillard were to battle. This would cap off the Summer

LatinoAthlete Staff - August 15, 2015
0
i'm fighting off a cold so i'm chilling out at home tonight, made some chicken soup i was real happy with how are y'all doing