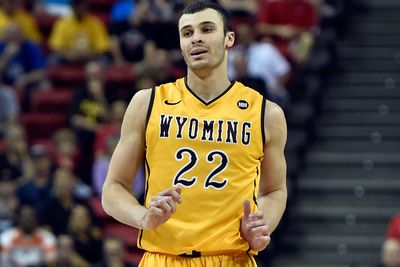 The Los Angeles Lakers drafted Larry Nance Jr. with the 27th overall pick in the NBA Draft last week. Soon after the Lakers made the selection, word started to spread about some not-so-nice things Nance tweeted about Kobe Bryant in 2012.

Nance was 19-years-old at the time he tweeted that, and yes, like the rest of us, did very stupid things when he was a teenager.

On Friday, Kobe and Nance spoke about the stupid tweet and things appear to be all good now.

Kobe on Nance Jr. tweet: “He was really nice and apologetic about what happened.” Kobe said he told him, “It’s water under the bridge, man.”