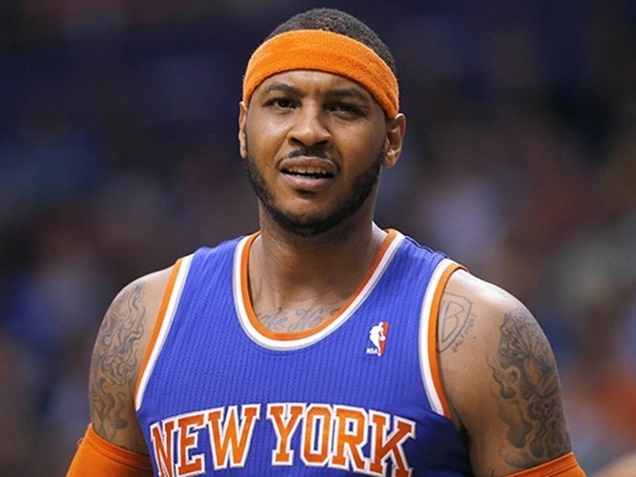 Could this be happening? Apparently Carmelo Anthony being traded its on the table, according to rumors!?!

Read more on Carmelo Anthony possibly heading to The Clippers…

Could Carmello Anthony be heading out West? LatinoAthlete.com just got word one of the the most intriguing NBA trade of the season might be Carmelo Anthony.

After the embarrassing moment with the Knicks on Wednesday night, the the Knicks are attempting to move away from Charles Oakley incident at Madison Square Garden.

The focus is on Carmelo Anthony and an eventual trade will soon take over the NBA pages again.

Clearly, it’s a lot to think about and things can get complicated trading someone like Melo. With the draft soon coming adding Griffin and the superstar-hungry Celtics to the mix would bring back three potential lottery picks for the Knicks.

We will have to see how this all plays out. In the meantime, watch this video:

What do you think about Melo possibly being traded to the Los Angeles Clippers? Do you think it would be a good thing for him and for the Knicks? Do you think Clippers fans will be receptive of Melo?

Death, taxes, and underestimating Missouri in the SEC

LatinoAthlete Staff - August 7, 2015
0
The two-time defending SEC East champions are picked to finish in the division's middle. Not even Mizzou alum Bill Connelly, who's now...