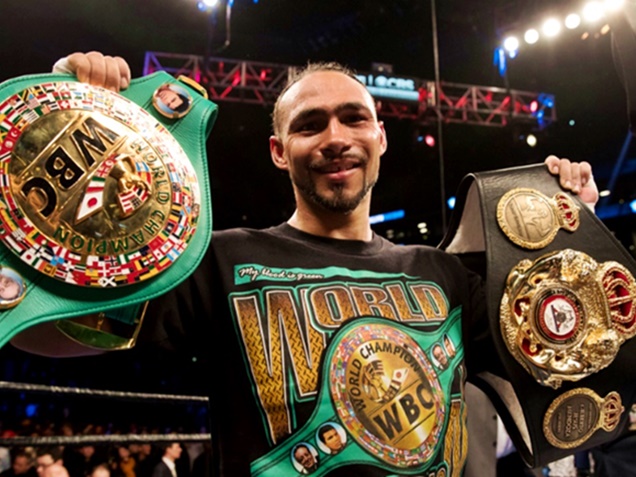 This is not what Danny Garcia wanted, but its what predicted that would happen if they went a full 12 rounds. Keith Thurman won Garcia’s Welterweight Title. Now he holds to title belts in the welterweight division.

Read more on the results from the Keith Thurman vs Danny Garcia fight….

LatinoAthlete.com has the results from the Showtime boxing match at Barclays Arena in Brooklyn as Keith “One Time” Thurman is the victor by split decision.

“After the fight was over, Garcia initially thought he had won and began to celebrate, while Thurman remained calm and cool. Then, the ring announcer Jimmy Lennon Jr. read his name as the winner of the split-decision in the 10th unification title as Keith Thurman.Garcia was DEVASTATED!” – CNS247 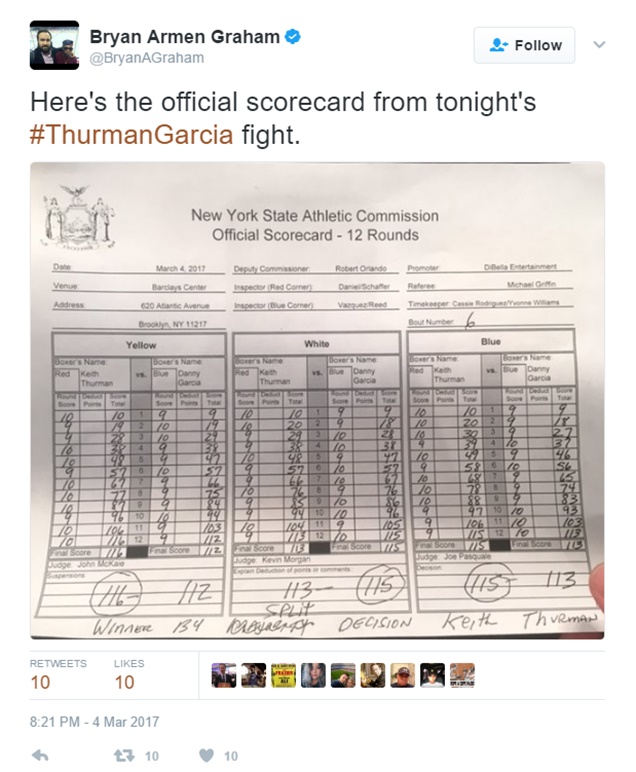 It was foreshadowed early on in the first round that Thurman would land victory since he danced around a flat footed Danny Garcia. One Time felt Garcia had lots of fight power and landed some hard hitting punches, but in the end Thurman landed the most contact.

In the post conference Keith Thurman admitted that he knew Garcia’s moves before Danny knew. We’re not saying Danny was a predictable fighter for Thurman, but he was not a match for the intelligence, power and raw talent of Thurman.

Keith Thurman was the better fighter over Garcia: 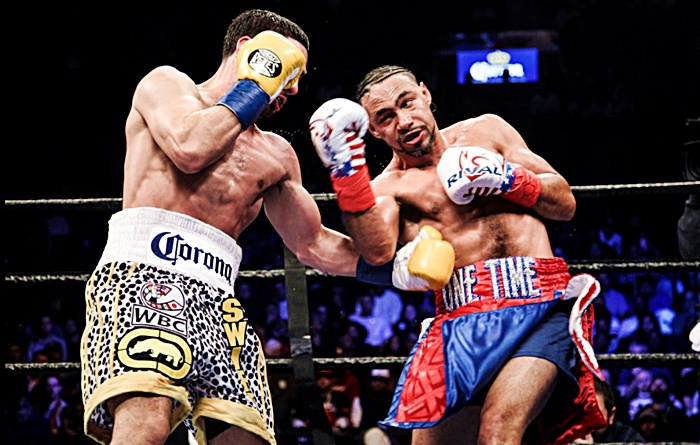 Keith loves boxing, “It’s my day job” he shouted at the post confernce. “We had fun out there” he said. Thurman is a beast in the ring and sadly enough Danny Garcia couldn’t keep up. Thurman could tell his every move so when Garcia threw punches he just moved back or ducked so Garcia never made contact most the time. He Matrixed Garcia, like he was Neo.

The fight was stellar, and like they said in the past Keith Thurman is the new Floyd Mayweather Jr. – We just can’t wait for his next fight. He said he’s not sure if there will be a rematch with Danny Garcia, since Garcia’s father said no way!

Here is what Thurman said during the post conference:

“I was not giving the fight away. [Keith] felt like we had a nice lead, we could cool down. It felt like we were controlling the three-minute intervals every round. My defense was effective. He wasn’t landing.”

Garcia said at the conference:

“I came up short tonight. [Garcia] thought I was the aggressor. I thought I pushed the pace. But it didn’t go my way. [Danny] thought I won and I was pushing the fight. But it is what it is. He was trying to counter. I had to wait to find my spots.”

Here is what the two fighters said during the Showtime Boxing post fight conference:

Who will Ketih Thurman fight next?

It’s undetermined as of yet. Congrats Keith Thurman!

Contributor - July 5, 2017
0
While everyone is celebrating the 4th of July, MLB umpire Angel Hernandez has filed a lawsuit against the league and commissioner Rob Manfred. Angel Hernandez,...