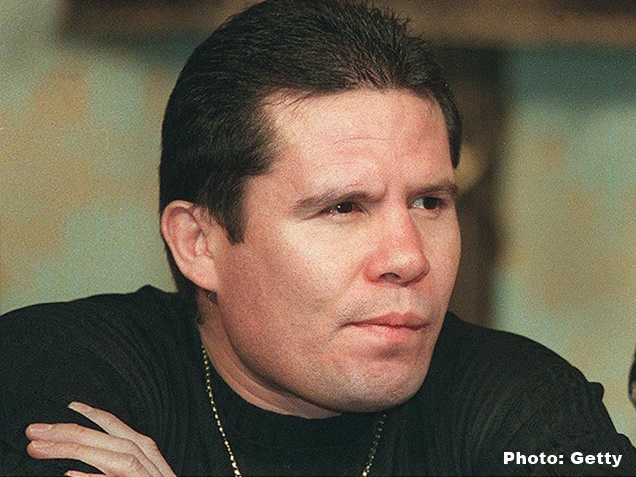 Mexico’s numero uno boxing legend Julio Cesar Chavez’s brother, Rafael Chavez Gonzalez, was shot and killed in front of his family during a robbery at his home in western Mexico.

Read on to get the details on Julio Cesar Chavez brother, Rafael Chavez Gonzalez…

LatinoAthlete.com got word of the tragic news, and we send our condolences out to the  Julio Cesar Chavez and Rafael Chavez Gonzalez families.

As for, boxer Julio Cesar Chavez Sr. he made sure to state that the robbers who killed his brother, “will not go unpunished.”

According to reports, Sinaloa state prosecutor Juan Jose Rios said in a news conference Monday, two men entered Chavez’s home in Culiacan on Sunday night. The got inside the house from the rear. Once in, they started demanding money from Rafael. Chavez brother handed some money over, but they continued to demand more, and when Chavez resisted, he was shot.

Julio’s other brother Roberto Chavez Gonzalez confirmed the account. He also stated that the cold blooded killing took place in front of his brother’s family. Local authorities are calling the shooting a botched armed robbery.

“I want to thank so many signs of affection for my brother and for me God bless and this murder will not go unpunished I assure you.” 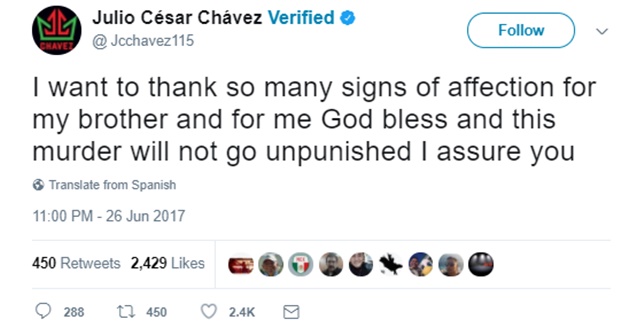 It has been reported that murders in Mexico have been up about 30 percent in 2017.

RIP Rafael Chavez Gonzalez. Once again our condolences goes out to the family.

LatinoAthlete Staff - June 18, 2015
0
Fighters who are participating on the Bellator 138 fight card will weigh in Thursday night at 6 p.m. ET at the Scottrade Center in...