On Tuesday night’s game Astros Teoscar Hernandez and Jose Altuve get into very nasty concussion against the Indians!

LatinoAthlete.com has learned that in the eighth inning of the Astros vs the Indians game second baseman Jose Altuve and outfielder Teoscar Hernandez go into a head on collision.

This collision happened when second baseman Jose Altuve and outfield Teoscar Hernandez were tracking down a fly ball hit by Yan Gomes in the bottom of the eighth inning. They were running extremely fast and neither of them called off the other on the play. Being unable to slow down they ended up colliding. 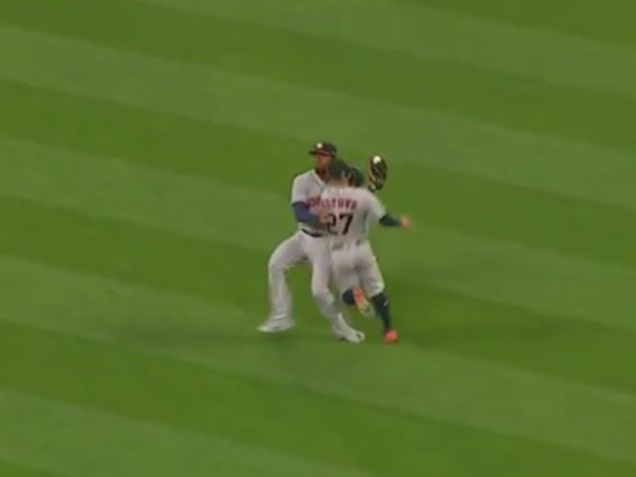 Jose Altuve walked away with a sore left shoulder, but Teoscar Hernandez ended up with a bruised lower left leg that will probably land him on the disabled list.

Both Jose Altuve and Astros teammate Teoscar Hernandez were removed from Tuesday’s game with the Indians after the collision. Though, Altuve is staying positive saying that he felt he will “most likely” play Wednesday.

He said after the Astros won against the Indians:

“I think we still have to wait until tomorrow. but I have a good chance to play tomorrow.”

Astros manager A.J. Hinch weighed in after the game, confirming that Jose Altuve did not suffer a concussion. Hernandez undoubtedly took the brunt of the collision, which occurred in shallow right field. Teoscar had to be carted off the field with leg injury. 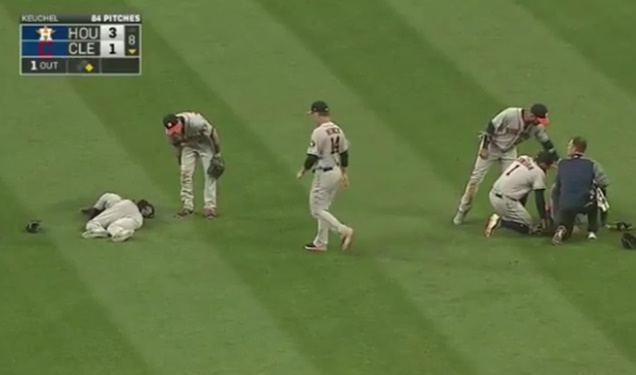 Altuve was clearly shaken after an apparent head injury. Hernandez did suffer a left knee contusion and was in “a lot of pain.”

“Both players are considered day to day.”

Take a look at the intense collision below:

LatinoAthlete Staff - June 9, 2015
0
ESPN FC's Paul Mariner says that although Danny Ings may not be the marquee signing Liverpool fans were hoping for, the 22-year-old deserves a...