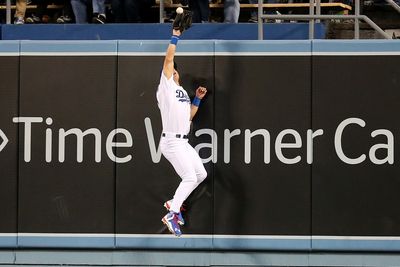 Yasmany Tomas of the Arizona Diamondbacks nearly hit a game-tying three-run home run in the third inning on Wednesday night, but Joc Pederson had other ideas, leaping high to catch the ball before it went over the right center field fence.

Tomas hit a ball in nearly the same spot in the first inning, but his shot off the wall was hit hard enough that he was held to a single. Tough luck.

Contributor - March 17, 2017
0
Roman Gonzalez weighs in on his upcoming fight against Wisaksil Wangek but are these two of equal fighting power? The Nicaraguan powerhouse boxer, Roman Chocolatito...