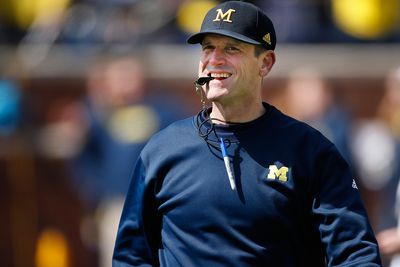 This is some next-level Harbaugh weirdness.

It’s Day Two of Big Ten Media Days on Friday, which means new Michigan football coach Jim Harbaugh is taking the podium after an offseason full of Harbaugh being weird.

Harbaugh was asked about Ohio State and … hey, what do you know, he’s too weird for a weird college football tradition!

Harbaugh was asked if he had a word or phrase to use to describe the scarlet and gray.

“No,” he said. “Ohio State in particular? Just Ohio State.”

LatinoAthlete Staff - August 14, 2015
0
Whistling Straits presented two totally different challenges from the morning to the afternoon on Thursday, but all the big names, save for...