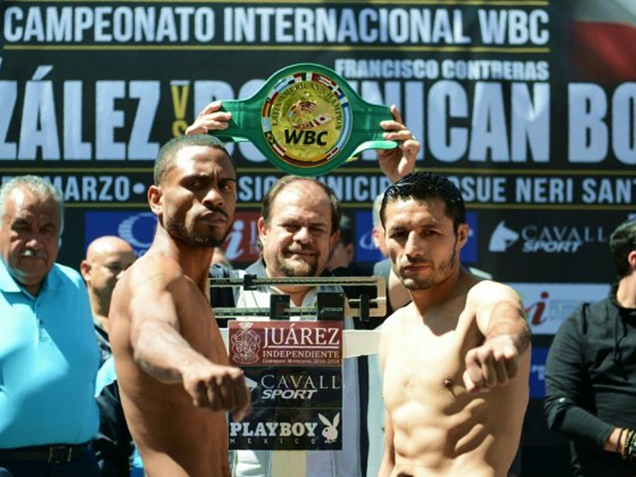 It was a great match up over the weekend, but Jhonny Gonzalez defeated Francisco “Dominican Boy” Contreras.

Gonzalez, 35, knocked Contreras down three times in round 3 with left hooks to the body. His power punches were too much for Contreras, The fight was stopped after the third knockdown, which allowed Gonzalez to retain his WBC International Silver super featherweight crown.

It was quick fast and easy, like 1, 2 and 3 your out! The whole three rounds Gonzalez controlled the fight. He was non-stop blows to the head and body of Dominican Boy. What was really impressive about the three round fight was that Contreras was able to hit Gonzalez frequently with overhand rights to the head, but it wasn’t enough.

What saved Gonzalez was his intense powerful left hook that ended up taking out Francisco Contreras (30-6, 23 KOs). Everytime you thought Contreras would start to take over the fight, Gonzalez shut him down hitting him with a left hook.

Now that Gonzalez has taken the victory, he has a title shot against WBC super featherweight champion Miguel Berchelt.

This marks Gonzalez fifth consecutive win, since he lost to Jonathan Oquendo by majority decision back in 2015. We take it that he refuses to ever have that happen again.