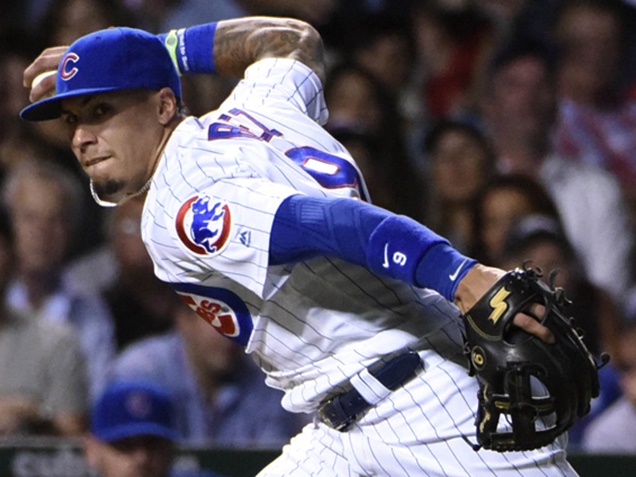 During the third inning on Sunday’s game, Chicago Cubs infielder Javier Baez, who lost a ground ball that cost team a run. So, what happened with Javier Baez?

Read on and get the details from Javier Baez…

If you watched the game on Sunday then you know that the Chicago Cubs’ offense struggled to take advantage with runners on. And to make matters worse, infielder Javier Baez had himself a little bit of a hiccup, but the Cubs are not going to be a dud this season.

However, the Puerto Rican infielder’s mishap ended up missed of a perfect double-play. Javier is very skilled and his talents are renowned on the Cubs, but it seems that he had an off day, so to speak.

LatinoAthlete.com has learned Baez handed the St. Louis Cardinals their walk-off victory. Without hesitation Baez weighed in on his mistake, which we will dub a “Honest mistake.”

Javier Baez to the Chicago Tribune:

What threw off Baez was the ad panel, which we also learned that there are two of them behind home plate in St Louis. If this only happens this one time, then it’s all good.