You may have noticed that Javier Baez is rocking a new look. He has blonde hair, three-wheeled car, and a new World Series tattoo!

Basically, Javier Baez isn’t letting anything get in the way of his new outlook. The only thing some people are asking is; Did Javier Baez skip reading Joe Maddon’s often-preached buzzwords of the spring: humility? Read more…

“He’s definitely an individual. There is no one like him. I love the flair. I love the confidence. The young kid at heart. He just wants to get out there and play. He knows where the line is, as far as taking it too far. I even learn some things from him.”

Which brings us to Maddon next phrase — “Be yourself”

This is the phrase that seems to fit Javier Baez New Flamboyant Outlook.  Baez is not concerned with what people think of his newly dyed hair, he doesn’t worry about the consequences Therefore, Ben Zobrist is saying:

“That was the first person that came to mind. [Baez] is himself. That’s one of the marks of a genuine person. They’re comfortable in their own skin, no matter where they’re at.”

One thing you need to know about Baez is that he has flair, but he’s not to the point of being disrespectful. 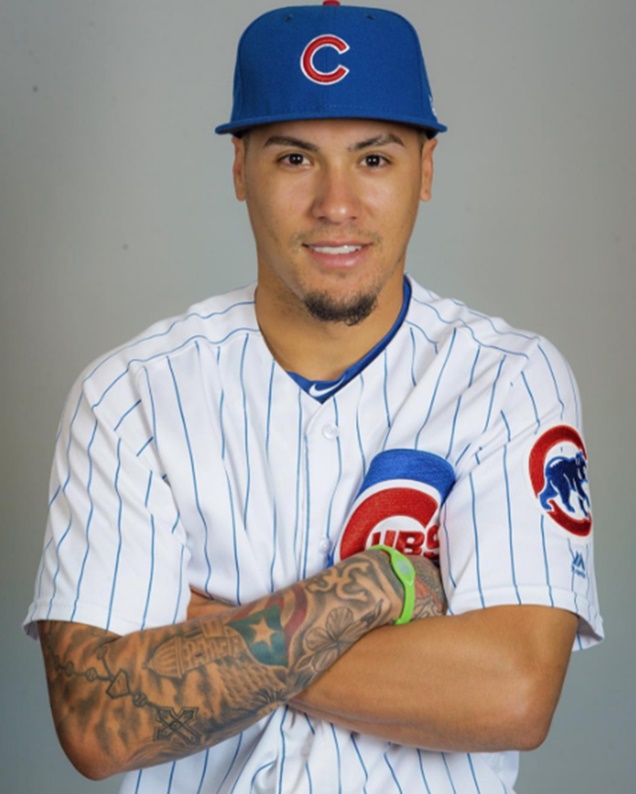 Which leads us to Maddon, who added his perspective on Baez:

“He’s had a lot of attention thrown his way. He’s a young man that must deal with that. I think there are a lot of ground wires around him throughout this clubhouse. I think if anything got off-kilter with him or anyone else, there are other guys that will pull you back in.”

“He’s not a loud guy at all. He’s one of the nicest guys around here. He really cares about his teammates. I know he has flair, but that’s who he is. He doesn’t disrespect anyone. That’s just who he is.”

Here is what Baez had to say when he showed up to Cubs camp driving a Polaris Slingshot, waving it off as no big deal:

“They [the dealership] said while I’m here, I can use it. I’m just having fun, but it’s a little cold driving it in the morning.”

As for the new ink, he said:

When it comes to playing ball, Baez said:

“I have to think about doing the simple things first, then making the great plays. And no matter what happens, keep the same swing and same approach.”

When it comes to Baez being himself, he’s not changing anything!

“I love being me. I just like to play and be this way.”