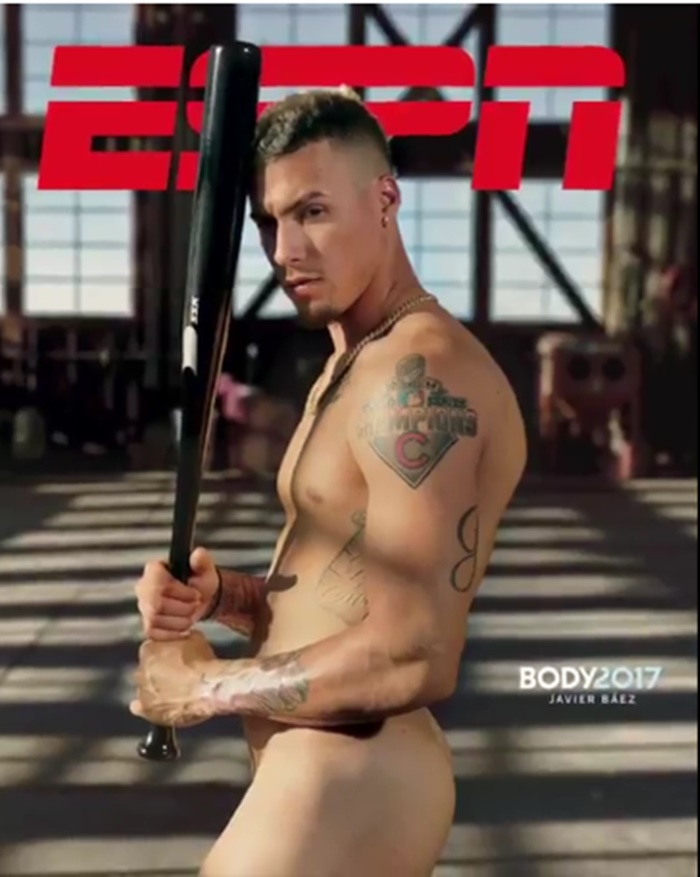 When you think of hot MLB players one name comes to mind, that’s Chicago Cubs Infielder Javier Baez. The Puerto Rican hunk is showing it all in the 2017 ESPN’s Body Issue.

Javier Baez may have been a little shy at first, but once he got comfortable. He got into the swing of things in the 2017 ESPN Body Issue. Read on…

The 6′ 0″ 24-year-old Cubs infielder told WGNTV that it was all a bit of a nerve-racking experience at first:

Javier Baez is body is a work of art.

Javier Baez had this to say about posing nude for ESPN:

“At first when I got there, when I did it in Spring Training, I was nervous because obviously being naked around people. I had my girl there, my mother-in-law, my father-in-law. It was really weird at first but then it was very professional.”

Like Arreita in 2016, Baez will grace one of the regional covers of the magazine. Here is what Cubs second baseman Javier said during his Body Issue photo shoot with ESPN.

Make sure to Take a look at this too:

After a @Cubs win over the Padres tonight, Javier Baez discussed his “Body Issue” shoot for @espn. @WGNNews pic.twitter.com/Y0AwI38Q3X

LatinoAthlete Staff - July 8, 2015
0
His second was a garbage goal, and against the run of play, but who cares? Clint Dempsey is great, even when his team...