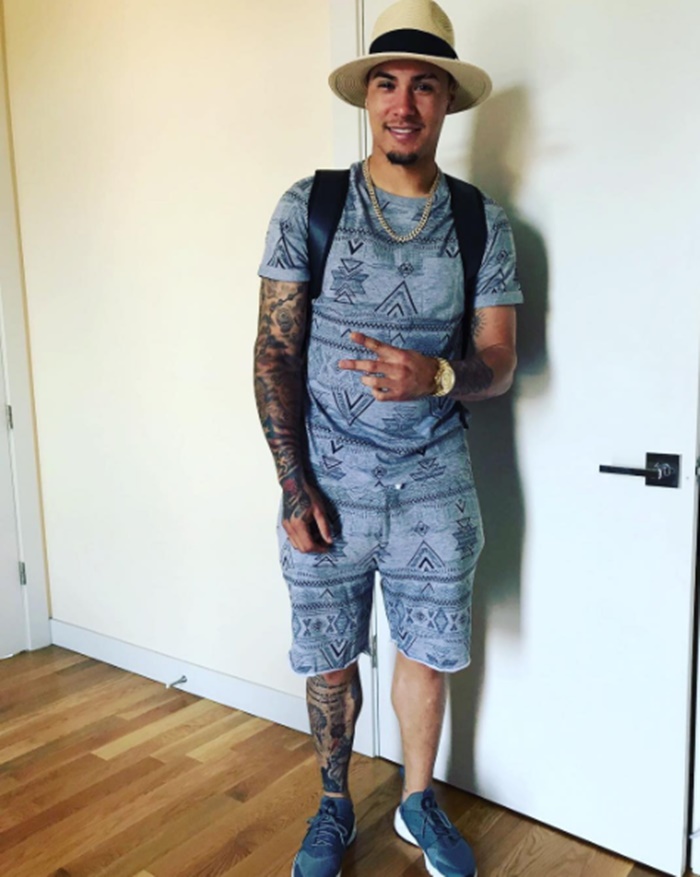 The 24-year-old, Chicago Cubs infielder Javier Baez has become a box office draw for the team. The Puerto Rican MLB player has become a high demand player and is featured in ESPN’s Body Issue.

The electrifying Javier Baez, the Chicago Cubs infielder is now finding stardom on and off the field. Read on…

LatinoAthlete.com has learned that Baez is just one of the top 10 Major League Baseball players receiving endorsement deals and more.

In the last six months Javier Baez landed a signing deal worth $2 million in the last six months as the face of David’s sunflower seeds. The iconic brand has been around ballparks since 1926. The 24-year-old is the first baseball player to appear on the company’s packaging since former New York Yankees star Derek Jeter back in 2005.

“David seeds is powerful brand, and seeds in baseball goes hand in hand, so we were looking for ambassadors to represent the brand well. We feel that Javy is a really good fit and match for us. He’s a really exciting and bright young star who’s a passionate fan of our product.’’

Baez jeresy is the 4th ranked in sales for MLB players. The Puerto Rican hunk has recently signed deals with Nike, Toyota, Apple, to go along with his ESPN body issue cover.

What is even more cool is that Chicago named a street after the 9th 2011 MLB draft pick, calling it, Javy Baez Way.

His agent, Nick Chanock, senior vice president of Wasserman Sports had this to say about Javier Baez:

“I haven’t quite seen a popularity explosion like this with anyone I’ve ever had. He’s got that sort of X factor. His celebrity is very authentic. You look at his face, and he can tell he’s very excited to be out there. I think people like watching him because how much he loves playing baseball. He’s enjoying himself, and people are attracted to that. And he has boundless talent.’’

Baez continues to seize the national spotlight. He is a marketing gold mine right now for the Cubs and himself. It’s his time to ride the wave for as long as it lasts. The Cubs box office draw is also doing whatever he can to raise awareness to find cures for spina bifida disease. Baez stays active with the charity.

And even cooler, Javier doesn’t chew tobacco he eats seed, seven packs a day to be exact.