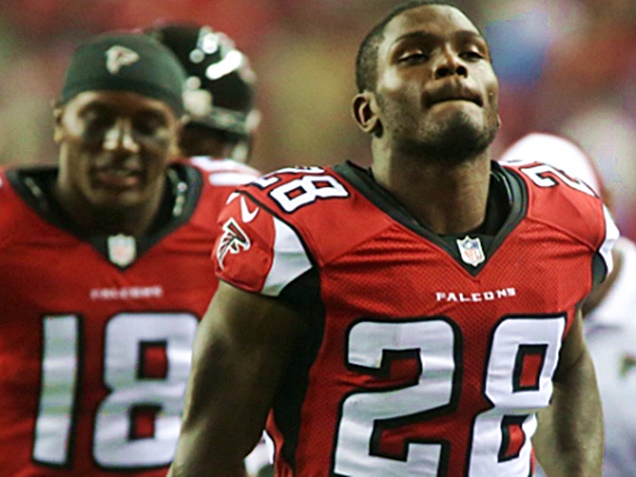 Get all the details on Javier Arenas joining the CFL, and Kiko Alonso wanting to stay with the Dolphins…

LatinoAthlete.com has a NFL update about former Alabama cornerback and returner Javier Arenas and linebacker Kiko Alonso wanting to stay with the Dolphins.

First up is Javier Arenas, as of Thursday, is officially signed with the Ottawa REDBLACKS of the Canadian Football League. 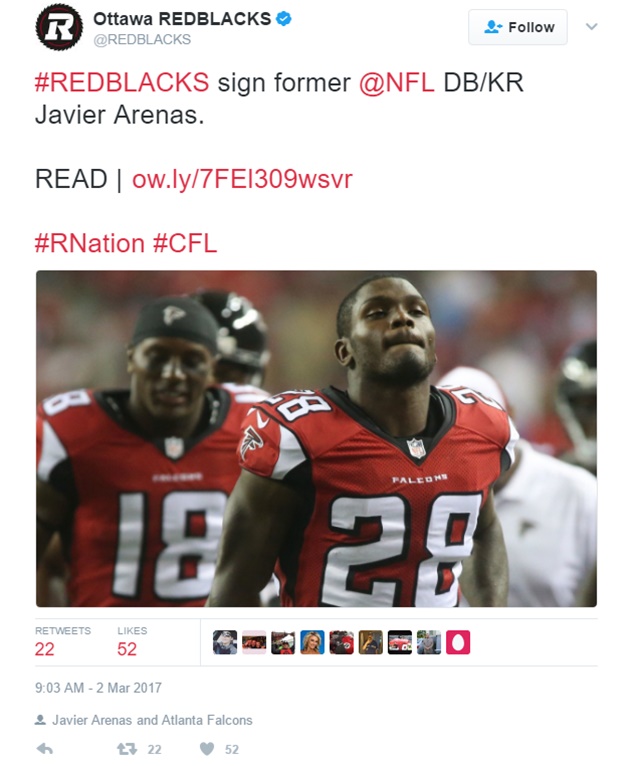 This is great news of Arenas, since he was cut from the Buffalo Bills in 2016. Prior to being cut by the Bills, Arenas last played in the NFL for the Atlanta Falcons in 2014. After that, he was a preseason member of the New York Jets in 2015.

He first got in the NFL after a consensus All-American on the Tide’s 2009 BCS championship-win. Javier became the second-round draft pick by the Kansas City Chiefs in 2010.

From there Javier played three seasons for the Chiefs and one season each for the Arizona Cardinals and Falcons. 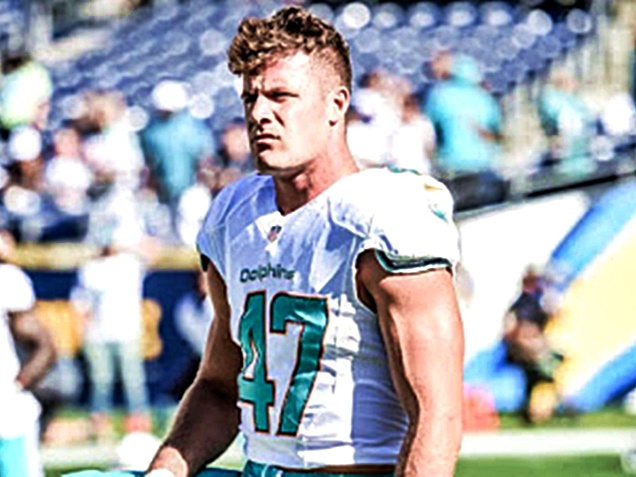 Over in Miami, the Dolphins need to talk with Kiko Alonso and get him under contract. Rumors have been swirling that they want to move Alonso outside where he excelled as a rookie in Buffalo.

The move may cause a rift, since Alonso does not want to move outside since Kiki “views the interior as his position,” per Armando Salguero of the Miami Herald. Alonso had his best statistical season in 2016 since his rookie year having 115 tackles to lead the team and two interceptions. You can add four passes defensed and pressure on the QB and Alonso impressed, so you can see why Kiko Alonso finds Miami a good fit for him.

Plus, Kiko has yet to played in back-to-back seasons with the same defensive system. He really wants that, but if he winds up with the Buffalo Bills it’s not going to set right with him.

So, what does The Miami Dolphins do? Where does that leave Kiki Alonso?

Well, Alonso will enter the free agent market as a restricted free agent and the Dolphins would receive compensation if they lose and choose not to match.

Here is the problem for both parties, “Alonso not wanting to play outside creates a problem for the Dolphins,” which Salguero pointed out.

How do you approach free agency?

Here is Salguero advice for the Dolphins:

“IF ALONSO WANTS TO STAY INSIDE AND THE DOLPHINS FEEL THEY NEED TO MOVE HIM OUTSIDE THEN THERE COULD BE SOME FRICTION. WHAT THE DOLPHINS MAY NOT KNOW IS KIKO’S DESIRE, WHICH CAN BE A GAME CHANGER. BUT IT’S SOMETHING THAT WILL CHANGE SOON ENOUGH BUT IF MIAMI IS TARGETING INSIDE AND ALONSO WANTS TO STAY INSIDE, MIAMI MAY WANT TO RETHINK THEIR PLANS OR AT THE VERY LEAST SIT DOWN WITH ALONSO. IT’S A GOOD ARTICLE BY SALGUERO BE SURE TO CHECK IT OUT.”