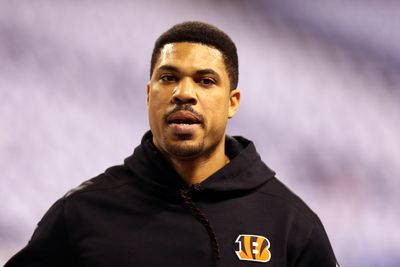 Jason Campbell and Justin Blalock are among those set to retire as of Monday, while Dez Bryant, Jason Pierre-Paul and Justin Houston are all set to miss upcoming mandatory minicamps.

Veteran quarterback Jason Campbell is set to retire from the NFL, according to Ian Rapoport of the NFL Network. The 33-year-old is currently a free agent and hasn’t received significant interest from teams this offseason.

Campbell has spent 10 years in the NFL since Washington made him a first-round pick in 2005. He also played with the Oakland Raiders, Cleveland Browns, Chicago Bears and Cincinnati Bengals over that time span.

Campbell isn’t the only player who may be retiring soon. Shortly after reporting the Campbell news, Rapoport said that veteran guard Justin Blalock is also retiring. Blalock started 125 of 128 possible regular season games for the Atlanta Falcons over the last eight years. He did draw some interest in free agency, but he’s calling it quits at 31 years old.

If two retirements aren’t enough for you, there’s also veteran guard Mike Pollak, who will hang up his cleats as well according to Jordan Raanan of NJ.com. Pollak has been in the league since he was a second-round pick in 2008, and he’s played for the Indianapolis Colts, Carolina Panthers and the Bengals. He started 52 games over the course of his career.

Below, we’ve got more news and notes from around the league on Monday.

Teams are getting their first mandatory minicamps underway prior to training camp, which means there will be plenty of news about which big-name players are attending and which are not. Notably, Dallas Cowboys wide receiver Dez Bryant, Kansas City Chiefs linebacker Justin Houston and New York Giants defensive end Jason Pierre-Paul are all skipping the mandatory minicamps, according to NFL.com. All three of those players have been given the franchise tag, and all three of them have yet to sign their respective tags. That’s important, because it means they cannot be fined for missing the minicamp.

As for players who expect to attend minicamps, San Diego Chargers safety Eric Weddle is probably the biggest name. Weddle is unhappy with his contract, and the Chargers don’t seem like they’re going to budge. A holdout has been considered a possibility. But Weddle is under contract, which means he would get a fine for missing the minicamp. Weddle plans to attend this week, according to Michael Ghlken of the San Diego Union-Tribune.

Tennessee Titans running back Shonn Greene will also attend, according to Jim Wyatt of The Tennessean. Chris Clemons plans to attend Jaguars minicamp, according to Pro Football Talk. Martellus Bennett should attend Chicago Bears camp, according to the Chicago Tribune. All of those guys have missed some portions of the offseason program to this point.

The Atlanta Falcons released former first-round pick Sam Baker on Monday. Baker was drafted in 2008 and has had a very up-and-down career with the Flacons. He’s been effective as the blindside protector for Matt Ryan over the years, but he’s also dealt with significant injury issues and missed the entirety of the 2014 season due to injury.

Baker has also been out of organized team activities to this point. He showed flashes of the strong play that made him a first-round pick over the years, but the inconsistency was ultimately too much for the Falcons. The team has Jake Matthews at the left tackle spot and a trio including Ryan Schraeder, Lamar Holmes and Tyler Polumbus battling for the starting job on the right side.

Denver Broncos rookie Shane Ray has been limited to individual drills to this point, but was participating with the team on Monday, according to Mike Klis of the Denver Post.

Ray has been rehabbing a toe injury, but it sounds like he’s getting in on 7-on-7 drills, which is a great sign. He’ll still be doing relatively light work to ensure his toe is 100 percent for training camp, which is right around the corner. Denver took Ray with the 23rd overall pick in this year’s draft, moving up to get him.

Gabe Salgado - June 13, 2018
0
It's been about three weeks since the Boston Red Sox released first baseman/designated hitter Hanley Ramirez and he is still on the free agent...