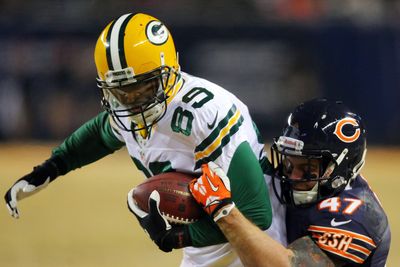 The wide receiver should be able to provide a veteran presence and necessary insurance for his new team.

The Green Bay Packers signed free agent wide receiver James Jones, the team announced Monday. Jones, 31, was released by the New York Giants during final roster cuts on Saturday. Terms of the deal were not disclosed.

Jones signed with the Giants this offseason, but they felt comfortable with the health of their veteran receivers and the potential of their young receivers. His first free agent visit was in Green Bay, where he spent seven seasons after the Packers took him the third round of the 2007 NFL Draft.

Jones probably doesn’t have a lot left in the tank, but he’s healthy and should be able to provide a solid veteran presence for his new team.

Green Bay needed help at the receiver position after losing Jordy Nelson to injury for the whole regular season. Randall Cobb is now the team’s top receiver, with Davante Adams earning a spot behind him. Ty Montgomery would likely be the third receiver on the field, but Jones gives the Packers some insurance and stability going forward.

LatinoAthlete Staff - August 26, 2015
0
Trevone Boykin and Ezekiel Elliott enter the college football season as co-favorites on the odds to win the Heisman Trophy at the...