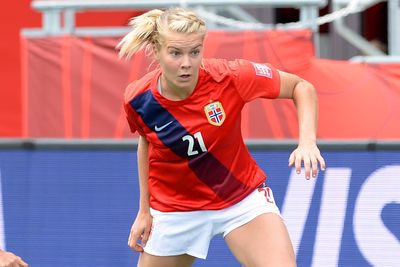 Norway will be hoping to leapfrog Germany with a win over the Ivory Coast in their final group game.

We’ve already reached the final round of games in the Women’s World Cup, but things are looking more interesting the deeper we get. Monday’s final round of Group B matches should be no different, with both Germany and Norway vying for the group’s top spot.

Heading into the round, it’s Germany who have the edge — albeit on tiebreakers alone. If they slip up against Thailand in their final game, Norway will doubtless be there to pounce — the Scandinavian side take on the lowest-ranked team in the entire tournament in the Ivory Coast, and a team that lost 10-0 to Germany in their opening fixture.

Norway are a team with plenty of talent, and their stay in Canada could well be a lengthy one. Pay close attention to 19-year-old striker Ada Hergerberg — she’s already made 37 international appearances and netted 17 goals, and could well score a hatful against an Ivory Coast defence that so far hasn’t looked fit for purpose.

U.S.: If your TV provider has Fox Sports 1, you can catch the game for free on Fox Sports Go, assuming they give you access to the service. There’s also Fox Soccer 2 Go, a paid service that requires no TV subscription. An online Spanish language option is provided by Telemundo’s streaming service.

LatinoAthlete Staff - July 3, 2015
0
He turned down a lucrative offer from the Kings to join Dallas. Free agent wing Wes Matthews agreed to a four-year deal with...